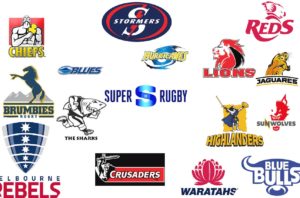 The unlamented disappearance of the 18-team Super Rugby format has had one very visible effect. As the Force, the Cheetahs, and the Kings disappeared off the rugby radar, a host of their contracted players found themselves without a Super Rugby home. Those with ambitions to continue playing Super Rugby, and possibly gain national squad selection, immediately sought release from their contractual obligations to their franchises and sent their CV’s out to the Super Rugby world.

Somewhere around 90 South African players and 45 Aussie players were on the market for a new employer. Some, mostly Kings and Cheetahs, stayed with their Port Elizabeth or Bloemfontein based franchises and opted to play in the Pro 14 league. Others looked for a call-up elsewhere in the rugby universe.

The arrival of 135 potential new recruits for inclusion in the remaining Super Rugby squads caused a bit of a bunfight, especially amongst the surviving Australian franchises. The resultant annual roundabout of players coming and going has been busier than ever before. It has been more a whirlwind than a roundabout.

There are 134 new recruits into the various franchises. Some 54 of those new recruits are players with previous Super Rugby contracts who are moving to another franchise, with one exception, David Pocock who is returning from a sabbatical away from the game.

The Melbourne Rebels have made the biggest changes to their squad. At the end of the 2017 Super 18 they fired coach Tony McGahan, and promptly recruited the Force’s Dave Wessels the moment the news was out that the Force would be the franchise to be cut from Australia’s Super line-up. It was something of a recognition that the Force were unlucky to be cut and that it was perhaps better rugby sense to get rid of the woeful Rebels.

Having recruited Wessels, they continued with a ruthless culling of their 2017 player squad. The Rebels terminated the services of no less than 26 of the 2017 squad, and then signed on 20 new players.

Of course, in yet another backhanded compliment to the Force, the bulk of their new signings are ex-Force players, no less than 11 of their 20 recruits arriving from the Force, so they should know it each other quite well. They have also raided the Reds and Waratah locker rooms as they went about trying to buy the success that has eluded them throughout their time in Super Rugby.

A worrying problem, supporting the statements I made in the recent article titled French Fried Rugby, is the number of Southern Hemispherean players heading north. Many (19) are headed to Japan, but the European recruiters have signed no less than 65 such players.

New Zealand have lost 25 of their 2017 Super Rugby players to the northern recruiters.

Argentina have lost just 3. A small number, but they do start with a much smaller base of players.

South Africa have lost 22 players to the north, while Australia have lost a huge contingent of 34 players going north, with just one more changing continents but remaining in the south, Thomas Cubelli has gone home to the Argentine. (At the time of writing we have no idea where Quade Cooper is going, so he has not been included in these statistics.)

For the record, the 84 players heading north at the time of writing are:

The South African and Australian franchises have not yet released final squad lists. They have, however, provided extended training squad lists, with an indication of whom has signed on and whom has been given the boot. Whilst we have a fair indication of what each of their franchise squads will look like, we will only discuss the squads when they have been officially published.

New Zealand’s franchises, Japan’s Sunwolves, and Argentina’s Jaguares have all released their squad lists. We discuss the various squads in separate articles, to allow fans to focus on the teams they fancy without having to plough through those where they have little interest.

The New Zealand franchises all released their squads on the same day, and it was a fascinating exercise to see familiar names with unfamiliar faces, 42 new recruits, and nine sets of brothers, including two lots of twins.

A total 190 professional players have been signed for the new season – 38 for each of the New Zealand Super Rugby clubs.

Among some of the unfamiliar faces, are some names very familiar to New Zealand rugby – the more well-known of them being the brothers Akira and Rieko Ioane at the Blues. All Black Eroni Clarke’s son Caleb has also joined the Blues.

Pari Pari Parkinson, nephew of Maori All Black and Bay of Plenty legend Matua Parkinson, has joined the Highlanders.

Caleb Clarke, at 18, is the youngest contracted player in New Zealand, while Alex Ainley of the Highlanders, is the oldest at 36.

Next up: The New Zealand Super Rugby Squads.