Home Snippets The Enigma that is the Rhule.

The Enigma that is the Rhule. 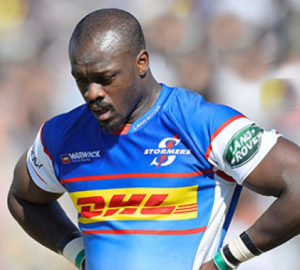 He is built like the proverbial outhouse, with the chest of a body builder, arms of a boxer, shoulders of a weightlifter, and the legs of an athlete. He is quick too, a very elusive runner with real pace. He is light on his feet, he can run both straight and strong, yet he can sidestep and dance too.

And he is brave, have no doubt of his bravery!

He is prepared to put his body on the line. We have seen him run into some of the biggest, burliest man-mountains that inhabit the wing positions and play on the flanks of the scrums in New Zealand or Australia. We have seen him take on the fearsome power of a runner like Liam Squire head on. We have seen him try and stop Brodie Retallick.

He is brave, fearless, and has all the physical attributes that he could possibly want.

It is just that he is totally useless in the tackle. He is not even a nuisance, he is just not there!

I am talking about Raymond Rhule.

We know that he simply cannot tackle. Everyone knows that.

In 2017, while playing for the Cheetahs and the Springboks, he topped the stats table for missing tackles in Super Rugby and in the subsequent Rugby Championships.

That is not a bad figure in itself, Pieter-Steph du Toit also missed 38 tackles.

The difference lies in the actual number of tackles he actually made. Raymond made just 70 tackles in all. Pieter-Steph made 150 tackles! A full 30 of Pieter-Steph’s tackles were rated as “dominant” and resulted in tackle turnovers. Not a single one of Raymond’s tackles was rated as dominant!  One has a tackle success ratio of 81%, the other has a success rate of just 65%. One is a lock and sometimes flanker tackling around the fringes and often at odd body angles, the other is a winger where the tackles are far more conventional, either straight on or back-tackles.

Raymond does not walk in that company. His tackles are rated amongst the powder-puff variety.

It is not that he does not try, as I have said, he is not scared.

It just that he misses.

So far, in 2018, he has missed 13 tackles in 4 games, and he has made 22 successful tackles. He’s missing a massive 38 per cent of his attempts to tackle this season. Once again, he tops the Super Rugby Stats Table for missed tackles.

Which begs the question:  Why did the Stormers sign him up for 2018?

Why are they persisting with him out on the left wing?

Why are they giving their opponents an obvious weak link to target?

I have no doubt that he can be taught to tackle, but that should happen down in club rugby, not out on the wing in a Super Rugby match!

And certainly not out on the Springbok wing!