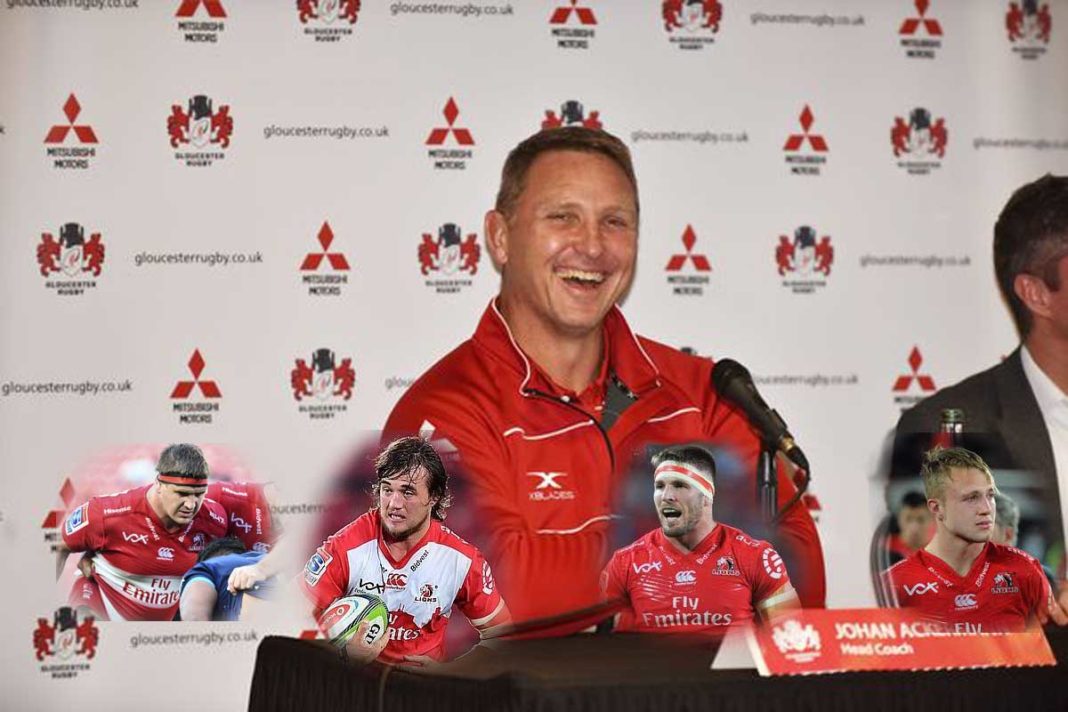 Johan Ackermann certainly seems to be following in the footsteps of Jake White as he is on a recruitment spree over in South Africa, signing as many of his previous Lions as possible to go and play for him in Gloucester.

In the last 24 hours Gloucester have announced the signing of South Africa international second-row Franco Mostert, and prop forward Ruan Dreyer. Both will arrive from the Lions ahead of 2018/19.

Mostert and Dreyer will join Ruan Ackermann and Jaco Kriel, who have already signed for Gloucester.