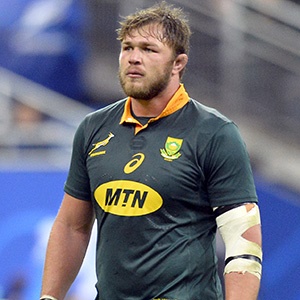 Various sources are suggesting/reporting that Duane Vermeulen will walk away from his potentially lucrative deal with Kubota Spears in Japan and return to South Africa to play Super Rugby in 2019. The South African Rugby Union has apparently convinced Vermeulen to turn his back on the deal in Japan so that he can pursue his goal of representing South Africa in 2019.

The Springbok Number 8 had recently signed a deal to play for the Japanese side Kubota Spears. This deal was initially announced towards the end of June, when Vermeulen said that “I am honoured and grateful to be a member of the Kubota family and looking forward to joining the Spears”.

With this in mind, the news that Vermeulen may return to Super Rugby might be something of a surprise, despite the ongoing rumours of his possible return.

Vermeulen was hugely influential during the recent June International series against England, and his leadership and steely determination is critical to the future success of the Springboks.

According to Netwerk 24 Vermeulen will join either the Stormers or the Bulls.