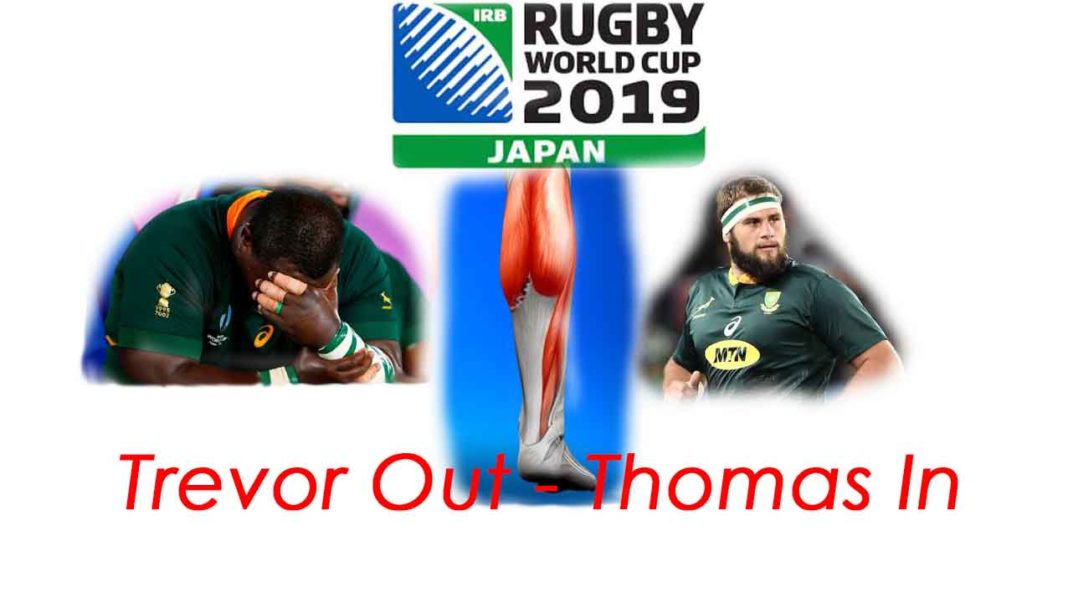 Trevor Nyakane has been ruled out of the rest of the 2019 Rugby World Cup.

An muscle tear injury to his right calf brings a premature end to Nyakane’s participation in the World Cup. Ut is a sad end to an extraordinary season for the 30-year old Blue Bulls player who has worked exceptionally hard on his technical game, his fitness, and his personal strength to earn a call-up to the World Cup and become a regular choice for the Springboks.

He has been forced to withdraw from the Springboks group currently competing in Japan and is replaced in the 31-man squad by the 24-year old giant Thomas du Toit who, at 136kg becomes the heaviest player at the 2019 Rugby World Cup .

Like Nyakane, Du Toit is able to play on both sides of the scrum, and he has 10 caps to his name to date. He will join the squad on Monday.

“It’s very tough on Trevor,”said Boks head coach Rassie Erasmus. “He has had a great season and added value whenever he took the field.”

“It’s a blow to him and the team, but it’s also an opportunity for Thomas and for Vincent (Koch), who now have the chance to step up.”

We wish Trevor a speedy recovery!