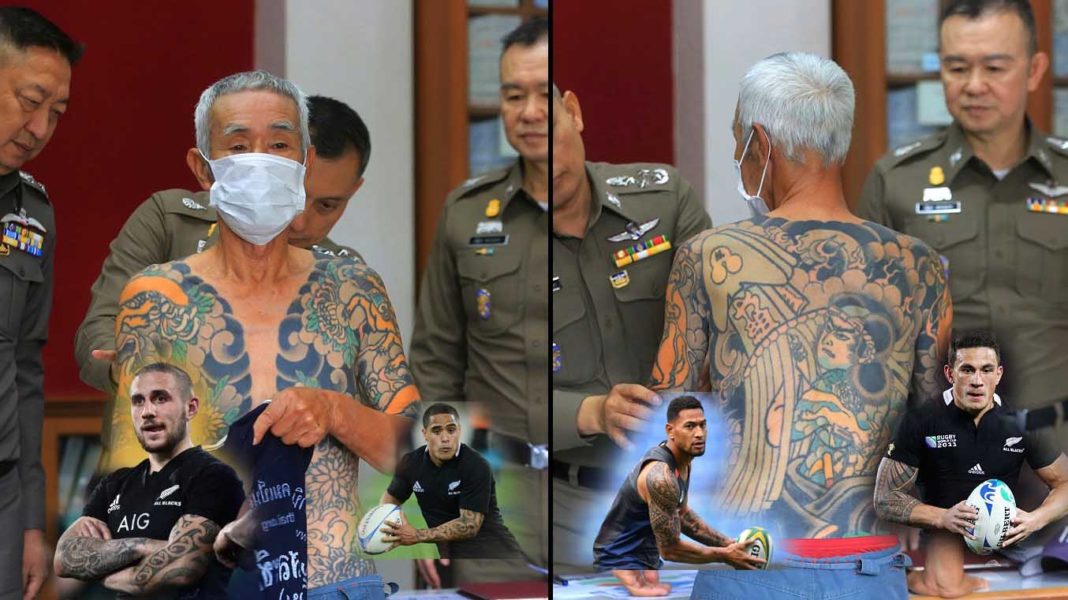 World Rugby has advised the teams competing in the 2019 Rugby World Cup, and their travelling supporters, that they need to cover up any tattoo markings in public places for fear of causing offence. – Tattoos and similar body markings are associated with the Yakuza, the Japanese mafia.

“We will make (Japanese) people aware around the facilities that players will use in the country that people with tattoos in a Rugby World Cup context are not part of the Yakuza, the Japanese mafia,” said Alan Gilpin, the Head of the Rugby World Cup.

“That’s where the issue comes from. We have done a lot in the last year or so with the teams to get them to understand that.

“When we raised it with the teams a year or so ago we were probably expecting a frustrated reaction from them but there hasn’t been at all. That is a great tribute to the sport itself and to the rugby players themselves.

“They all also buy into the idea of putting on a rash-vest in the pool or in a gym as they want to respect the Japanese culture. If they are using a public pool they will have to cover up.”

“Players will also have to wear different trainers indoors and outdoors. It will all be self-policing. We won’t force any teams to cover up but they will want to because they want to be seen to be respecting the culture.

“Whether it is Scotland, Ireland, Wales or Italy, who have all been there recently, they all get it, they really do.”

Former All Black Elliot Dixon, who plays for Japanese club the Ricoh Black Lambs, told the New Zealand Stuff on-line magazine that he had not encountered negative feedback about his Maori tā moko tattoos.

Dixon, who started with the club this season, said the Tokyo public seemed familiar with tattoos from different cultures.

“Tokyo seems to be sweet, there are a lot of different cultures here I think and they can tell pretty quick that we are foreigners – so no bad encounters at all.”

Dixon trains with the club, which has private gyms and pools, so there has never been an issue for him around exposing his tattoos.

It is not the first time the All Blacks and other teams have been warned to keep their ink under wraps in Japan.

In 2009, the team was told it was culturally sensitive to cover their arms and torsos during a pool session in Tokyo.

Former All Black Dan Carter cheekily tweeted he never intended getting a tattoo because one day it will be “cool not to have them”. Carter is now playing in Japan for the Kobe Kobelco Steelers.