Home Big Opinions Why We Play This Game 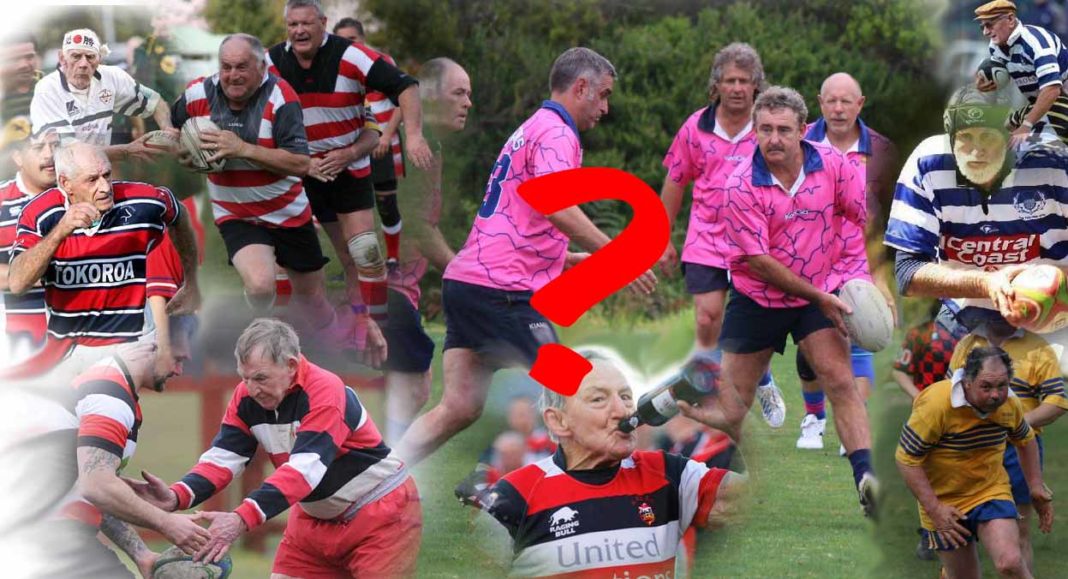 Why We Play This Game

When the battle scars have faded
And the truth becomes a lie
And the weekend smell of liniment
Could almost make you cry.

Have a good hard look old son!
The melons not that great
The snoz that takes a sharp turn sideways
Used to be dead straight

You’re an advert for arthritis
You’re a thoroughbred gone lame
Then you ask yourself the question
Why the hell you played the game?

Was there logic in the head knocks?
In the corks and in the cuts?
Did common sense get pushed aside?
By manliness and guts?

Do you sometimes sit and wonder
Why your time would often pass
In a tangled mess of bodies
With your head up someone’s……?

With a thumb hooked up your nostril
Scratching gently on your brain
And an overgrown Neanderthal
Rejoicing in your pain!

Mate – you must recall the jersey
That was shredded into rags
Then the soothing sting of Dettol
On a back engraved with tags!

It’s almost worth admitting
Though with some degree of shame
That your wife was right in asking
Why the hell you played the game?

Copping Sunday morning sermons
About boozers being losers
While you limped like Quasimodo
With a half a thousand bruises!

Yes – an urge to hug the porcelain
And curse Sambuca’s name
Would always pose the question
Why the hell you played the game!

And yet with every wound re-opened
As you grimly reminisce it
Comes the most compelling feeling yet
God, you bloody miss it!

If there’s a teammate, then you’ll find him
Like a gravitating force
With a common understanding
And a beer or three, of course

You see – that’s the thing with rugby
It will always be the same
And that, I guarantee
Is why the hell you played the game!

Rupert McCall is a highly respected and internationally renowned Australian poet with a massive passion for sport. Sometimes working as a commentator at rugby events, such as the 2007 Rugby World Cup, he makes regular appearances at all manner of commemorative events. A popular MC and Guest Speaker at sporting events, few can capture the essence of the moment like Rupert.

All those old men with a never ending hankering for the game, for that one last run, just one last tackle, that final scrum before retiring to the sidelines forever will thank Rupert for this poetic contribution to our game.