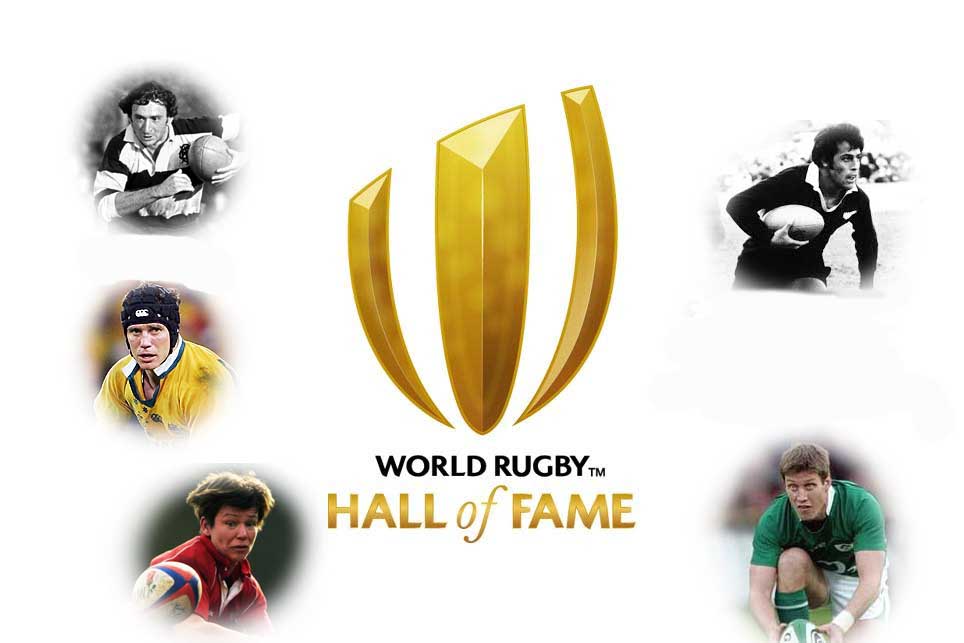 World Rugby has announced that five legends of the game in Liza Burgess (Wales), Stephen Larkham (Australia), Ronan O’Gara (Ireland), Pierre Villepreux (France) and Bryan Williams (New Zealand) will be inducted into the World Rugby Hall of Fame in 2018.

The World Rugby Hall of Fame recognises those who have made an outstanding contribution to the game of rugby throughout their careers, while also demonstrating rugby’s character-building values of integrity, passion, solidarity, discipline and respect.

This year’s inductees will be honoured at a special ceremony in Rugby, England, on 12 September. The ceremony will be held at the state-of-the-art physical home of the Hall of Fame, which celebrates the inspirational journey of the game from its humble origins to its global present, played by millions of men, women and children.

O’Gara, Villepreux, Williams and Burgess will attend the prestigious event, which will celebrate their careers and contributions to the game. Larkham, due to his involvement in the Rugby Championship, will receive his accolade at a special ceremony on 17 August in Sydney, the day before Australia’s Bledisloe Cup opener with New Zealand.

These five inductees bring the total in the Hall of Fame to 142 since it began in 2006.

Fellow World Rugby Hall of Fame inductee and Chairman of the Hall of Fame panel John Eales said: “It is an honour to recognise the contribution of our newest inductees who, over different eras, have inspired generations of rugby players and supporters. Through their induction, they represent the many thousands of men and women who have made our game great.”

For more on the World Rugby Hall of Fame, visit www.worldrugby.org/halloffame.