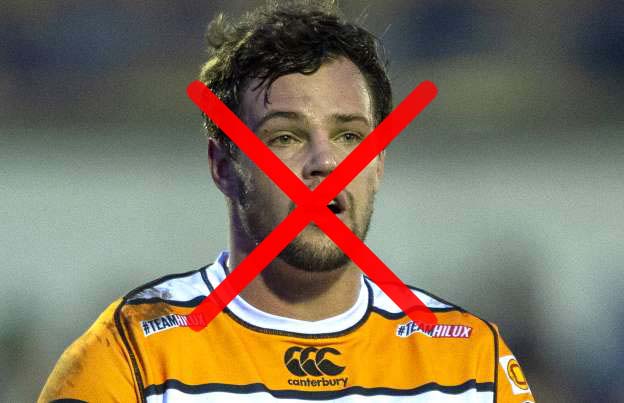 He is a lucky boy!

The Cheetah player Nico Lee will miss the rest of the Pro14 season after being handed a 13-week suspension for clearing his nose on an opposition player.

The midfielder appeared before a disciplinary committee after being cited for this act of poor sportsmanship during the match against Connacht last weekend, which the Cheetahs lost 25-17.

Video evidence showed Lee clearing the contents of his nose on Connacht flank Colby Fainga’a in the 64th minute of the game.

Lee was initially handed a top-end ban of 26 weeks, which was then reduced by half as he had “readily admitted” his guilt, and because he has a previously good disciplinary record.

Some might suggest that this is a very harsh sentence for an act that did not involve any physical brutality or foul play.

I, however, believe that Mr Lee has escaped with a very lenient sentence!

Putting aside rugby’s penchant for knocking something off a sentence if the player admits his guilt, or for having a “previously good record” I do believe that Nico Lee has been slapped on the wrist for an act that is in breach of everything that the game of rugby stands for.

Rugby owes much of its appeal to the fact that it is a sport payed both to the letter and within the spirit of the laws.

This is a sport that prides itself on setting an example for good sportsmanship and respect.

Slowly, but surely, the basic principles of our sport are being eroded.

We see far too many players questioning referee decisions at every opportunity. This is the sole right of a captain on the field, yet many feel that they have the right to engage with the referee whenever they choose.

We see far too many players beseeching the referee to award a penalty, with arms flung wide and angry faces, often with verbal demands, often asking for yellow cards or even red cards as they try and gain some kind of playing advantage.

We see too many deliberate breaches of the laws of the game. Obstructive running, off-the-ball incidents, and many professional fouls to prevent a score are just a few of the deliberate, and unsporting, actions that have crept into our game.

Rugby is a sport that embraces a number of social and emotional concepts such as courage, loyalty, sportsmanship, discipline and teamwork.

Rugby has always been a game with a unique character both on and off the field. This must be protected at all costs, it is what makes our game great!

Our game subscribes to the Playing Charter that is enshrined in the sport, and published in the Laws of the Game.

Our charter covers the very basic principles of rugby as they relate to both playing and coaching our game.

Those basic principles are:

Integrity is central to the fabric of the game and is generated through honesty and fair play. Perhaps we cannot question Nico Lee’s integrity as his act was neither dishonest nor a breach of fair play?

Rugby people have a passionate enthusiasm for the game. Rugby generates excitement, emotional attachment and a sense of belonging to the global rugby family.

Mr Lee is surely found wanting in this respect? Venting your nasal mucus onto an opponent is not likely to engender friendship, camaraderie, or even loyalty that transcends those cultural, geographic, political and religious differences,

Discipline is an integral part of the game, both on and off the field, and is reflected through adherence to the laws, the regulations and rugby’s core values.

Respect for team-mates, opponents, match officials and those involved in the game is paramount.

Sadly, this is where Nico Lee has broken the most important of all the basic principles of our game. He has shown extreme disrespect to an opponent, and by extension to the game itself.

Just one disgusting act of poor sportsmanship and disrespect by a player, Nico Lee, has breached some of the very basic principles of our game.

As rugby works to try to attract more participants into our game, while also attracting new fans, viewers, spectators to our game, this sort of poorly disciplined, disrespectful behaviour is not wanted.

13 weeks on the sidelines is not nearly enough, count yourself very lucky Nico Lee!