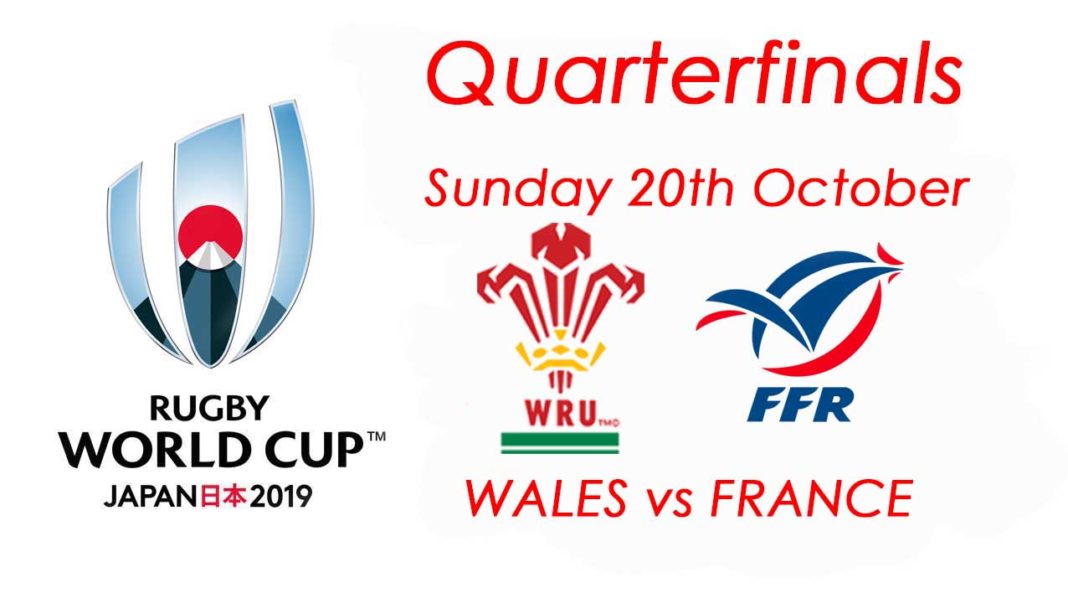 France, Oh France! A team that can, and will, drive their supporters to the two furthest extremes of emotion. From ecstatic pleasure at the most sublime of rugby moments to the deepest darkest recesses of utter despair.

There is no middle-ground with France.

As a team they have confounded experts, friends, supporters, and their opponents with metronomic regularity.

When we suggest that you never know which French team will pitch up on the day, we are not joking!

On any given day the French team can produce some of the most sublime rugby moments in history, with flair and passion seldom seen from anyone else.

And then the following day, the very same team will produce the most utterly dismal performance imaginable, with complete indifference to the outcome of the game, their supporters, and often to the Laws of the game too.

Truly, nobody knows which French team will pitch up on the day.

This is the first conundrum facing anyone that wants to preview a game involving France, and then attempt to predict an outcome.

The 2019 Rugby World Cup quarterfinal against Wales is even more difficult to preview and predict.

The 2019 French team is riven by internal dissension, rumours of player revolts against the coaching regime abound, and reports of all manner of unhappiness in the camp appear in the media on an almost daily basis. To add fuel to the fire, Toulon owner Mourad Boudjellal has publicly encouraged the players to opening rebel against their management, dump the coach and take control of the team! (Of course, this is the same Boudjellal that has gone to court to try and prevent his Toulon players from being selected to play for their countries!)

So, in summary, we have a French team that is at odds with everybody, their own team mates, their coaches and management, the media, their fans and, it seems, with the game of rugby itself.

Taking all of that into account, this should thus be the easiest of the four quarterfinals to call.

On paper, it should be the most one-sided contest on offer this weekend. Not only are France a team in disarray, but they rank eighth in the world, playing Wales, who rank second in the world.

There are many indicators that suggest that Wales have the wood over France, never mind the sideshows and distractions that keep French minds off the game of rugby.

France have only beaten Wales once since the World Cup in 2011, and there is very little suggesting that they can do it again on Sunday.

The right French team would have to pitch up for the game, and then they would need to produce one of those startling performances they usually reserve for the All Blacks at World Cups. France need something of a “Brighton Miracle”moment, if I may presume to use the previous World Cup as a reference.

Wales have not been at their best in Japan, yet they arrived for the World Cup having displaced Ireland as the best of the northern hemispherean teams, and with a World Rugby ranking that threatened the All Black dominance of the table!

Their run up to the RWC has been impressive, they simply annihilated England in the Six Nations, after coming back from 16 – 0 down against France in the opening Six Nations match, to win 24 – 19 in Paris.

This is a well equipped Welsh outfit, with depth in most positions, and a mongrel that has been the hallmark of the coal-miners of ages past.

Whilst their World Cup form has not been startling, they have done exactly what it takes. They held off a feisty Australia to win Pool D, and now they face France in the quarterfinals.

Lest we forget – France placed second to England in Pool C — and are unbeaten in the 2019 RWC, although their final Pool game was cancelled due to inclement weather, which helps their results somewhat. Their Pool games produced narrow wins over Argentina and Tonga, a more convincing win over the United States before the cancellation of the game against England.

And then there is the strangeness of France – they do have the weirdest ability to transform themselves from no-hopers to match winners without giving anybody a hint of when and why that will happen. In the 2011 Rugby World Cup they lost 37-17 to New Zealand and then, unbelievably, 19-14 to Tonga, during the Pool stages, yet they beat England, 19-12, in the quarterfinals and Wales 9-8 in another nail-biter in the semis, and somehow managed to qualify for the Final!

Whilst many are calling this game a foregone conclusion, there is always the niggling doubt about which French team will pitch up on the day.

This result might be closer than we all think.

Wales have named the same starting XV that beat Australia in their Pool D opener.

Captain Alun Wyn Jones, who packs down alongside Jake Ball in the second-row, will move third on the all-time international appearance list on Sunday, level with Brian O’Driscoll on 141 Tests (132 for Wales plus nine British & Irish Lions appearances).

Aaron Wainwright, who has featured in every game for Wales at Japan 2019, lines up at six alongside Justin Tipuric and Josh Navidi.

Gareth Davies and Dan Biggar are named at half-back with Hadleigh Parkes and Jonathan Davies partnering in midfield.

Josh Adams lines up in the back-three alongside George North and Liam Williams.

Both Damian Penaud and Antoine Dupont are fit to start against Wales in their Rugby World Cup quarter-final.

Dupont lines up at scrumhalf alongside his Toulouse teammate Romain Ntamack while Penaud is named on the right wing.

Dupont took limited part in training this week but has been declared fit to play in place of Baptiste Serin.

Jacques Brunel has made five changes in all from the line-up that defeated Tonga almost two weeks ago.

Yoann Huget comes in on the left wing in place of Alivereti Raka, who falls out of the matchday squad altogether, as does centre Sofiane Guitoune, who makes way for Gael Fickou. One surprise on their replacements bench sees the recently called up Vincent Rattez preferred ahead of the dropped pair.

Up front, captain Guilhem Guirado makes his first start since the Argentina game, Camille Chat moving to the bench after starting against the USA and Tonga.

For this particular game, I should really add a question mark to the heading of this section: “Thoughts?”

Everything indicates a Welsh win. They are the bookies’ favourites, and almost every rugby writer and commentator suggests a Wales victory.

Gatland has said that his team were happy to be the favourites and that they had prepared for every eventuality. He said: “We’re feeling really positive about the way we have prepared. We had a great training session this morning. There’s been an edge this week. The players have been incredibly professional in the way they’ve prepared. Staff have done extra work to try and nail off every situation because we know we’re in the knockout stages. The message to the players has been ‘we have two choices here, we’re either on the plane on Monday going home or we’re here until the end of the tournament.”

There should really be nothing to think about in previewing this game.

Except for that irritating French habit of spoiling the party.

Somehow, in the face of severe adversity, the French have the ability to find something else deep inside their Gallic psyche. Something that is a mixture of mongrel and pride.

They do not like being written off as no hopers!

They like being the underdogs a lot less than their dislike their coach or their roommate or their team bus or the breakfast they were served this morning.

And that alone makes them a dangerous foe.

Sanity says Wales, which is why I am going with the insanity of this French side. France, by 8.