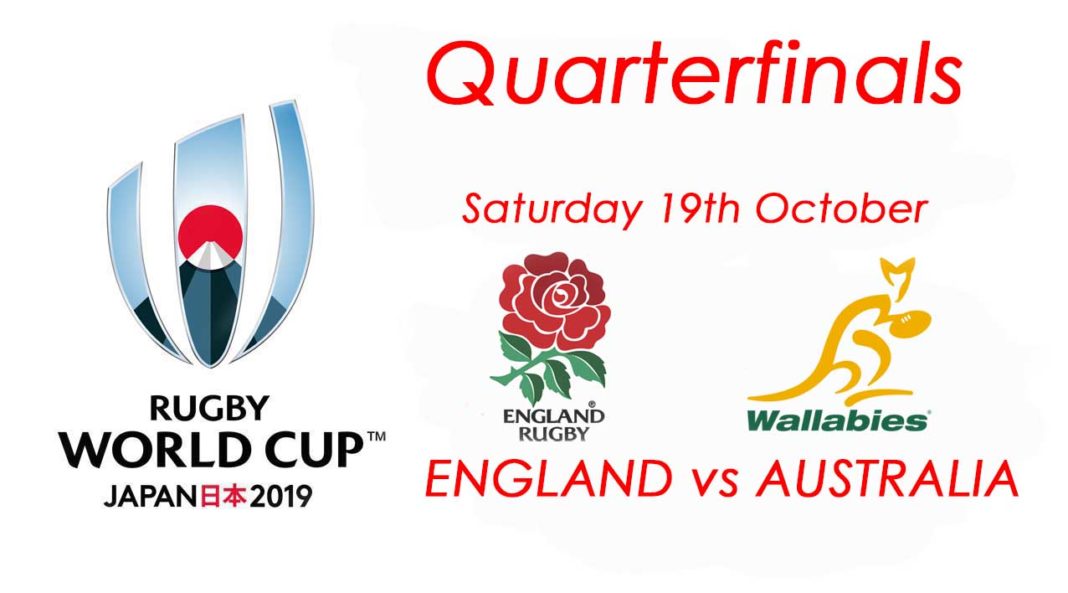 This is a weird game to preview.

Wallaby coach Michael Cheika, in a game that is very possibly his last in charge of the Aussies, has made five changes to his backline for the Rugby World Cup quarterfinal, choosing a backline that has never played together as a unit.

Some would say he is rolling the dice?

Some might suggest that he has been hiding something, some special tactic or strategy that could only be revealed in the playoffs?

Others might suggest that he has no idea how to play this game and that his selections are the moves of a desperate man?

Yet others simply suggest that he is nuts.

First and foremost, he has chosen to select 19-year old Jordan Petaia at outside centre, which is the youngster’s preferred position, but it is also a position in which he has never played at Test level. In fact, his only two previous experiences in Test level rugby were on the wing, and neither were for the full 80-minutes of a Test.

There is no doubt that the youngster is a phenomenal talent, the bits we saw of him in Super Rugby suggest a huge future. Perhaps his performances on the wing in his first two Tests were impressive enough to warrant selection against England?

But that was on the wing, not at outside centre!

Perhaps, from an attacking perspective, you can understand the selection? But that would require Samu Kerevi to pass the ball to Petaia, and passing is not Kerevi’s strongest suit.

One has to wonder at the decision to hand a hugely inexperienced player such an important role for a World Cup quarter-final, a must-win quarterfinal at that.

This is not the only weird selection produced from Cheika’s hat.

For the fifth time in as many games, Michael Cheika has changed the Wallaby halfback pairing. Nic White drops to the bench, bringing Will Genia into the starting XV, while Christian Lealiifano is brought back from the cotton-wool where he has been stored in recent rounds of the tournament.

Whilst Nic White has not been brilliant at the Rugby World Cup, he has been Christian Lealiifano’s regular starting partner throughout 2019, except for the single game against Argentina in Brisbane when Genia started the game. Now, in the critical knockout stage of the tournament, the two will start as the halfbacks again. There is a hint of undercooking going on here.

Tevita Kuridrani must be wondering what he has done wrong, as Michael Cheika switches Petaia to 13 and brings back Reece Hodge on the wing after his three-game suspension has been served. Kuridrani has been fairly impressive of late, yet Cheika has not even found space for him on the replacements bench, preferring James O’Connor.

The risky selections continue, with a decision to include Kurtley Beale at fullback, when he still has to pass the final concussion protocol tests prescribed by World Rugby. There is a five-three split on the bench, despite England’s focus on playing a forward oriented game.

One wonders at these selections and the tactics that Michael Cheika is looking to use against England?

The Wallabies have not given their fans much to cheer about so far in the RWC. They got their World Cup campaign off to a shaky start, with a come-from-behind 39-21 win over Fiji, in a game that could very easily have gone the other way if Hodge had been red-carded for his tackling exploits, as he should have been. In their following game they went down in a narrow three-point loss to Wales.

There was a dominant 45-10 win over Uruguay, and then something of a struggle against a game Georgian outfit, with two late efforts in the last ten minutes sealing the 27-8 win.

Australia are going to need something more than they have shown in 2019 if they want to win this one.

England arrived in Japan as one of the favourites for the title.

Their preparations in the Six Nations did not go entirely to plan, losing to Wales and blowing a 31-point lead against Scotland to draw the match. The English shared their warm-ups with Wales one a-piece, but followed that with good wins over Ireland and Italy.

Their World Cup started off on a positive note, with a 35-3 bonus-point victory over Tonga. This was followed up by a comfortable 45-7 win over the USA. Their first tough game should have been against Argentina, however, an early red card to Tomás Lavanini ended that game as a contest and they coasted to an easy 39-10. England’s final match against France was cancelled due to Typhoon Hagibis.

All this begs the question: “Are England really ready for a really tough Test?” Are they perhaps under-cooked after three soft games and then a long stretch between their last run and this weekend? What is their level of match-fitness?

They too have some odd selections. George Ford has been dropped to the bench after having been the fulcrum around which the entire English game revolved in the earlier rounds. Owen Farrell shifts inwards from the 12 berth to start at flyhalf, with Manu Tuilagi shifting to inside centre and Henry Slade starting at 13.

This represents a beefed up midfield, probably looking to contain Samu Kerevi and put pressure on the new midfield pairing starting for Australia?

The Vunipola brothers are both starting too, with Billy coming back from an ankle injury, while Mako starts his first game in Japan. Both may struggle to stay with the pace for the whole game.

I again ask about the team’s level of match fitness.

Whatever happens, we will be watching this game with considerable interest.

Eddie Jones has named a strong starting line-up for the Rugby World Cup quarter-final in Oita on Saturday.

Owen Farrell is named at fly-half with Manu Tuilagi and Henry Slade selected as the centre pairing.

Jonny May will make his 50th appearance for England on Saturday and is named on the left wing with Anthony Watson on the right. Elliot Daly is selected at full-back.

Courtney Lawes starts in the second row next to Maro Itoje, with George Kruis on the bench.

Billy Vunipola starts at number eight having recovered from injury with Tom Curry and Sam Underhill named as flankers.

Mako Vunipola makes his first start in Japan having played in his first game of the tournament against Argentina from the bench.

Michael Cheika has surprised many by naming Jordan Petaia at outside centre for their quarter-final against England.

Petaia plays 13 for the first time in his brief Test career in one of a number of changes from the Wallabies for the Rugby World Cup clash.

Aged 19, he is the first player born this century to start a Rugby World Cup knockout game in a huge show of faith from head coach Cheika.

Petaia teams up with Samu Kerevi in the midfield while Will Genia will pair up with Christian Lealiifano as the half-back duo this weekend.

Reece Hodge returns from suspension and starts on the wing alongside Marika Koroibete, with Kurtley Beale named to start at full-back.

In the forward pack, Allan Alaalatoa is one of two changes made, along with captain Michael Hooper’s return to the XV after being a late withdrawal against Georgia. Alaalatoa takes the spot of Sekope Kepu while Tolu Latu and Scott Sio start alongside him in the front-row.

The more I think about Australia’s selections, the more convinced I am that they represent the sheer desperation of a coach who has not seen any of his plans come to fruition and has run out of ideas. This is his final opportunity to leave a lasting legacy in Australian rugby. He is hoping, praying perhaps, that Australia can beat England for the first time since 2015, and his selections suggest that he will try anything.

On the English side of the fence Eddie Jones has taken the decision to drop George Ford to the bench, despite Ford having been the starting 10 in all three of England’s matches do far in Japan. This allows Owen Farrell  to start at 10, with Henry Slade slotting into the backline in the 13 jersey.

This move sends a very clear message – Jones is worried about Samu Kerevi! He has beefed up his midfield with the clear intent of stopping the threat of Kerevi.

One has to wonder at this change – Ford has not missed a tackle in the 2019 Rugby World Cup despite his defence being said to be the weakest link in his game. I do believe that he is a better game manager than Owen Farrell, and he has the ability to get the England backline running at pace. The Aussie defence is not the best in world rugby and they are fielding a wholly changed back division.

England may well have missed a trick here.

Looking at the finer detail of this game – Much has been made of the probably midfield confrontation, but the reality is that this game will be won or lost up front.

Australia made much of their dominant scrum in their successful Rugby Championships fixture against Argentina where they dominated the woeful Pumas. There was much talk about a new-found ability to scrum and that their forwards had, suddenly, gelled into a unit with true firepower. In my review of that specific game I suggested that they do not lose sight of the old adage that suggests that a single swallow does not represent the arrival of summer.

Subsequent Test have suggested that Australia still lag behind the powerhouses of forward rugby such as South Africa, New Zealand, England, and even France. Earlier in this RWC they struggled to contain Fiji, and they struggled against a one-dimensional Georgian pack.

I am very sure that Eddie Jones and his brains trust will have taken note of the issues that Australia had in the forward exchanges. This will surely be the focal point of England’s game plan. Containing the Wallaby backline and the hard-running Kerevi becomes moot if they cannot get front-foot ball!

I have no doubt that England will focus on a massive forward effort to take the wind out of the Australian sails.

Although there may be a slightly niggling doubt about the overall fitness of their pack.

It will be an interesting 80 minutes of rugby.

Sadly, for all my Aussie friends, I cannot see the Wallabies beating England. England, by 14 points.