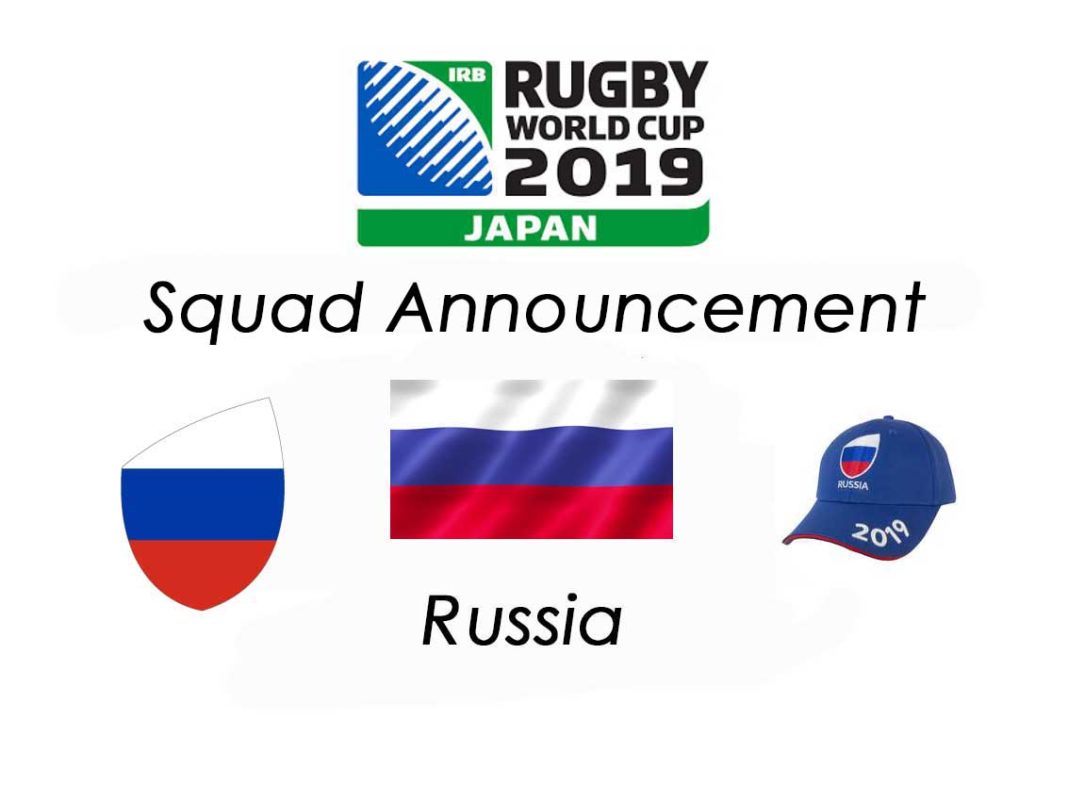 Their Russian campaign for a first Rugby World Cup win will begin against hosts Japan in Tokyo on the opening night and then the Bears will play Samoa, in Kumagaya on 24 September; Ireland, in Kobe on 3 October; and Scotland in Fukuroi six days later.

Only two of the 31 players selected for Russia currently ply their trade outside of Russia.

Second-row Ostrikov left Sale Sharks at the end of last season to sign for French side Grenoble, while prop Valery Morozov is still on the books of the English Premiership club.