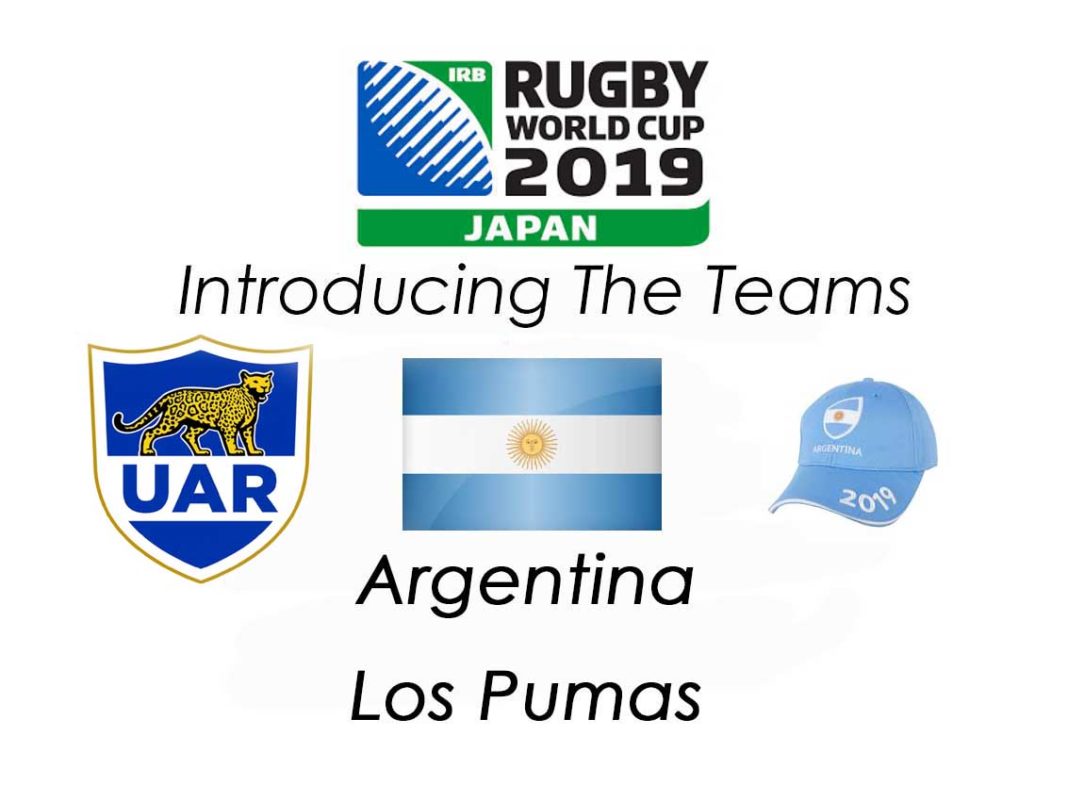 The Pumas have been regular Rugby World Cup participants since the inception of the tournament in 1987. In both 2007 and 2015 they reached the semi-finals, punching well above their weight for a team for a country where they only have 105 000 registered players. They have benefited from a close friendship with South Africa, and have regularly fielded teams in South African domestic competitions as the two countries work to improve the standard of Argentinean rugby and the availability of quality in dept5h.

The inclusion of the Argentinean Jaguares in SANZAAR’s Super Rugby has been a qualified success, allowing the country to retain the majority of their local professional players thanks to the finance provided by SANZAAR, while gaining experience in regular top level games.

After struggling during their first two years of Super Rugby, the Jaguares started to find their feet in 2018, and in 2019 progressed all the way to the Super Rugby final, which they lost to the Crusaders in Christchurch.

The majority of their RWC squad will be drawn from the Jaguares outfit, which is both a blessing and a curse.

The benefit of a team drawn overwhelmingly from one domestic club is clearly that the players know each other and understand each other very well. The downside is the lack of cross-pollination found when the best of a variety of clubs is drawn together into a single unit. When players are all from one club, it is often very difficult to make the step up in intensity, focus, and pace from the club level to the international level – old habits die hard.

A secondary issue for Argentina will be player fatigue. The Super Rugby competition started back in February, and ended in July. The Rugby Championships started two weeks after the Super Rugby final, with the majority of players not being afforded a break between one season and the next. This may hurt the Pumas badly when the RWC kicks off.

Argentina qualified automatically for the 2019 tournament.

A number of players are critical to the Pumas cause. Flanker Pablo Matera has been in the form of his life throughout the year, both as captain and as hard charging ball carrier and defender. Hooker Agustín Creevy is a masterful exponent of the dark arts of ball poaching at the breakdown, perhaps only matched by David Pocock and Malcolm Marx in this aspect of the game. His influence as a leader and the in general play puts him at the heart of the team. Nicolás Sánchez was in wonderful form in 2018, and they will be looking for the flyhalf to be at his influential best in 2019.

A flanker who converted to hooker, and then went on to play in no less than four Rugby World Cup tournaments for the Argentine, Mario Ledesma was born on the 17thMay 1973 and is 46 years old as he heads off to his second World Cup in a coaching role.

In 2015 he was the scrum coach for the Wallabies under Michael Cheika.

Now he is the coach of his own Argentinean Pumas. Ledesma replaced Daniel Hourcade, who quit the job in June 2018 after a defeat by Scotland left his side with just two wins in 18 games. Since his taking over Ledesma’s Pumas have played 12 and won just 2 Tests, victories over Australia and South Africa coming at important moments in his reign as coach. During his tenure, prior to the 2019 Rugby Championships, the Pumas have scored 90 points but conceded 268. The Rugby Championships did not go well for the Pumas and they conceded another 82 points, while scoring just 39.

Ledesma is a masterful forward coach and will be looking at restoring some of the aura that once surrounded the Puma scrum.

Coach Ledesma is finally able to go outside the country on a ‘need-to’ basis to supplement his squad if internal resources (the Jaguares) are inadequate for his RWC plans – hence the call ups for Facundo Isa, Nicolas Sanchez, and Juan Figallo at the start of the Rugby Championship.

He may have to find some more of those overseas based players to shore up the Argentinean squad as the 2019 Rugby Championships brutally exposed the lack of depth within Argentine resources.

The second issue, fatigue, is less easily dealt with. The Jaguares were involved with the SANZAAR Super Rugby competition from the first weekend to the very last, a competition that kicked off on the 15th February with a fixture against the South African Lions and ended on the 6thof July with the final against the Crusaders in new Zealand. In all of those 5 months of rugby, the team had just two weekends off. 14 days after Super Rugby was consigned to history, the Jaguares had become the Pumas and played the first of their Rugby Championships fixtures.

By the time the RC was over on the 10thAugust, the Jaguares/Pumas had been involved in non-stop rugby since 15 February, and it is still not over, on the 17thAugust they face South Africa again, in Pretoria, for a RWC “warm-up.”

Without a doubt the Argentinean players are starting to show the fatigue. They will have just a month off before they start their RWC challenge against France in Tokyo on 21 September.

Somehow, somewhere they need to find a way to protect their players from the soul-destroying ravages of fatigue.

Equally important is the need to find some stability in the scrums. The Pumas have been overpowered at scrum-time by their fellow southern hemispherean heavyweights with alarming regularity, most recently in the 2019 Rugby Championships. This has had the knock-on effect of putting huge pressure on their back division who are forced to play off the back foot more than most other teams. In the short time they have available before the World Cup kicks off they have to find an awful lot of answers to the problems exposed in the Rugby Championships fixtures.

Argentina are in Group C with England, France, USA and Tonga.

England and France are the two teams that look most likely to qualify for the quarterfinals in this group. The Pumas will need to find something really special within themselves if they are going to shake off their run of poor results in recent years. They may challenge France for the runner-up spot.