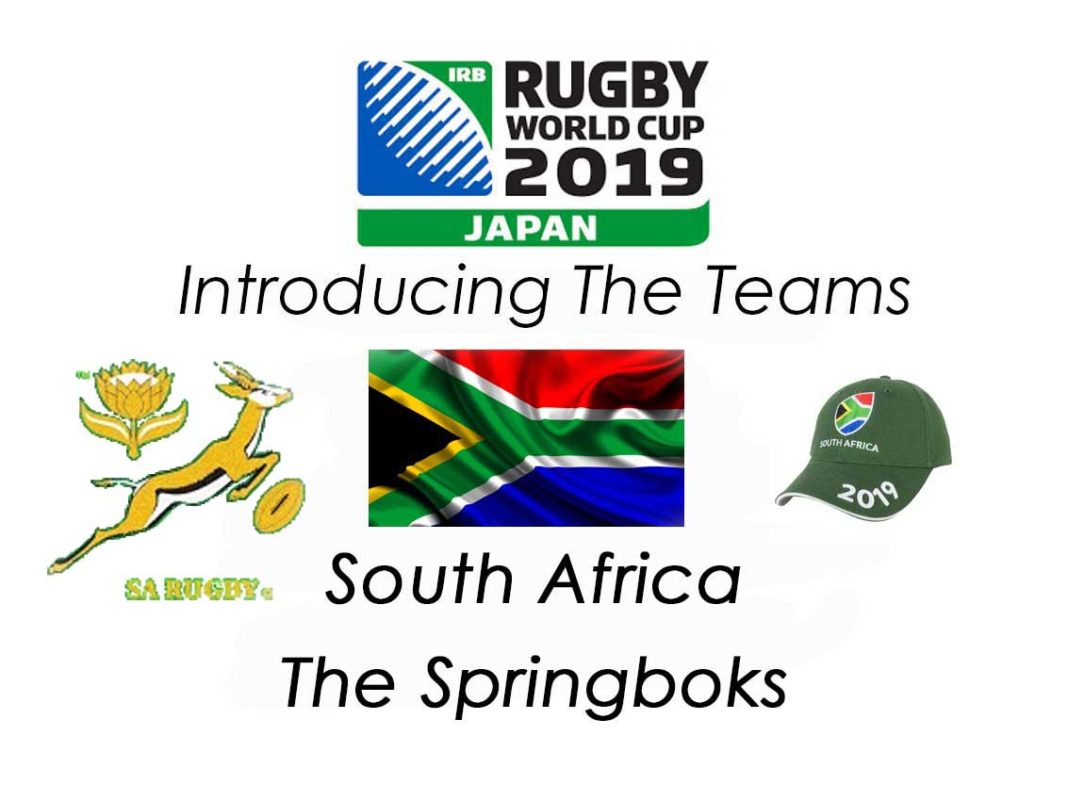 Historically, the Boks are one of rugby’s superpowers but things have been a little difficult for their die-hard fans in recent times. A shocking loss to Japan in the 2015 Rugby World Cup, followed by the immediate departure of most of that ’15 Springbok team in the offseason following the World Cup, together with the departure of a host of other senior players left the country with a cupboard scraped bare of experienced players.

Issues with the appointment of the coach to succeed Heyneke Meyer as the man in charge of the Springboks resulted in his successor, Allister Coetzee, being appointed mere weeks before the 2016 international season kicked off. Many felt that Allister Coetzee had been set up to fail. Coetzee was hamstrung by a lack of seasoned players to choose from, and all manner of interference by South African rugby’s administrators, including not being allowed to choose his own coaching and support staff. To some it felt as if South Africa’s rugby administrators were trying to destroy the game in their own country.

During the next two seasons the Springboks plummeted down the World Rugby rankings, suffering numerous ignominious defeats as Coetzee became increasingly paranoid about his team selections and results, abandoning the game plans and structures that had served the Springboks well for many decades, choosing players out of position, and becoming increasingly taciturn with the media.

Eventually the rugby public and media could take no more, the clamour for change became a cacophony that simply could not be ignored, and SA Rugby responded by terminating Coetzee’s appointment after just two years in charge. Rassie Erasmus, brought back into the SA rugby world as the SA Rugby Director of Rugby, took over as interim coach and set out to restore the pride and the aura that traditionally swirled around a Springbok team. Within a scant 18 months he has changed the course of a team that seemed destined the scrap heap of rugby. Interestingly, in a complete sea-change by the administrators, Erasmus has been allowed to select overseas based players, choose his own support staff, and exercise complete control over selections. He certainly seems to have the team heading in the right direction.

So much so that South Africa are considered to one of the three favourites for the 2019 title, with Oddschecker telling us that bookmakers are offering odds of 9/2 on a South African win, exactly the same as the odds being offered on England after their warm-up wins over Wales and Ireland.

South Africa were one of the 12 automatic qualifiers for the 2019 tournament.

There are a number of players who are key to the Springboks’ chances. Flyhalf Handré Pollard has been playing focussed, calm and influential rugby of late, and his key kicking boot is critical to the team’s success. The captaincy of Siya Kolisi, South Africa’s first ever black captain, together with the on-field leadership of the likes of Duane Vermeulen, Willie Le Roux, Faf de Klerk, and Eben Etzebeth are important factors for the team. Faf de Klerk has developed into a seasoned, clever scrumhalf with some excellent game management skills, although his box-kicking can be a bit iffy at times. Loose-forward/lock Pieter-Steph du Toit, hooker Malcolm Marx, prop Steven Kitshoff and the brooding menace of Eben Etzebeth all represent world-class players who will have a direct influence on the outcome of South Africa’s campaign at the 2019 Rugby World Cup.

A relative youngster compared to his fellow southern hemisphere heavyweight coaches, Rassie Erasmus was born on the 5thof November 1972. He turned to coaching in 2004 after his playing career was over. As a player, he earned 36 caps for the Springboks, playing on the flank.

He took over the Springbok coaching job in 2018, in the middle of the contract term of Allister Coetzee, who had been fired after the most dismal period in the history of Springbok rugby.  Erasmus has had just 18 months with the Springbok team at the time of writing. However, his coaching credentials are exceptional, starting with the Free State Cheetahs in 2004, acting as a technical advisor to Jake White in 2007, then a period of 5 years in the Western Province and with the Stormers, before another stint as a technical specialist with the Springboks in 2011.

He returned to the coaching and team preparation world in the role of SA Rugby’s General Manager, High Performance Teams from January 2012 until he left to coach Munster in Ireland for 2016 and 2017, before being lured back to South Africa as Director of Rugby at SARU headquarters, a move that preceded his taking over as coach following the axing of Coetzee.

South Africa have some issues under the high ball out wide and with defence in the wider channels. Undeniably pacey wingers are all somewhat shorter of stature, which places them at a disadvantage when leaping for a kick receipt when faced with some of the bigger men who play out wide. The Springbok defence system has also creaked in the wider channels as the wingers are given carte-blanch to tackle in, on the understanding that the fullback will cover that wider channel, supported by a rapid cover defence scramble. The system has its issues as the understanding and communication between the back three is still work in progress.

The second major issue for the Springboks is the lack of a consistent midfield combination, where the various permutations tried by their coach have not quite gelled into a solid unit.

South Africa are in Group B alongside New Zealand, Italy, Namibia and Canada.

New Zealand and South Africa are the two likely quarterfinalists from this Group. South Africa should beat Canada, Namibia, and Italy comfortably, with their only severe test being New Zealand.