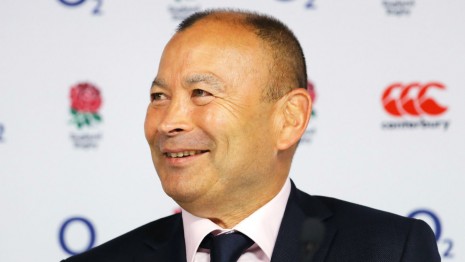 Eddie Jones has been told that will be participating in a wide-ranging post-tour review conducted by the RFU’s chief executive Steve Brown. He was also told that there is no absolute guarantee he will remain as England’s head coach until the 2019 Rugby World Cup despite his team’s victory in the third Test against South Africa.

The RFU chairman, Andy Cosslett, acknowledged the 25-10 victory at Newlands on Saturday had been a huge relief for all concerned but the RFU is conscious England have lost five of their past six Tests and now face a tough autumn programme.

“You’re asking for unconditional support and only my children get that,” said Cosslett. “It’s not something you give because you’re under assessment the whole time. Last night’s win was great and fantastic for everyone involved but you have to keep a sense of proportion.”

Speaking of the Steve Brown led review, Cosslett said: “Steve will take a view about what he’s heard or whether there are things we need to do differently,”

“We haven’t had the review yet so we don’t know what’s going to come out of it. Eddie’s take on the whole tour is going to be fascinating and we’ll take it from there. It’s a curate’s egg. We’re very pleased with Saturday’s result but we keep a balanced view because we’ve had a disappointing run before that.”

Replacing Jones before the World Cup would represent a major U-turn for the RFU, which extended the head coach’s contract in January until 2021. With several players due to return from injury this autumn, however, England’s squad and management are hopeful the worst is now over.

“We’ve had a rough run of results, not least the players and the coaching team, and they’ve worked very hard to get out of it,” Cosslett said. “We all recognise that sometimes you get in a rut and it looks like you’re never going to get out of it. We have and that’s really important.

“Eddie came to our union when it was at its lowest ebb after the World Cup, grabbed it and applied what we hoped he’d apply. He took us on an extraordinary run and has tremendous credit for what he’s done. We’re very grateful to him for what he did at a time when we needed it most.”

Rugby Football Union officials have stressed, however, that Jones retains their support after a season during which England finished fifth in the Six Nations Championship and lost 2-1 against the Springboks in the three‑Test series this month.