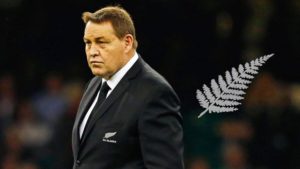 The squad sees the return of number eight and captain Kieran Read, who missed the June series against France through injury, while lock Brodie Retallick also returns to the side after 11 months away from Test rugby.

As well as the 33-man squad, two other players will assemble with the squad as injury cover. Hooker Liam Coltman comes in as cover for Dane Coles, who is expected to return to Test match rugby some time during the Rugby Championship, while midfielder Ngani Laumape comes in for Sonny Bill Williams, who is recovering from a shoulder injury.

The squad also features two uncapped players. Crusaders and Tasman prop Tim Perry, was named in the squad for the series against France but missed out due to injury, while young Chiefs and Taranaki scrum-half Te Toiroa Tahuriorangi has also been selected.

Kane Hames, Nepo Laulala, Atu Moli and Jordan Taufua were not considered for selection due to injury.

The All Blacks squad is made up of 18 forwards (three hookers, five props, three locks and seven loose forwards) and 15 backs (three scrum-halves, three fly-halves, four midfielders and five outside backs) and has a total of 1078 Test caps experience.

The provincial/franchise mix in the squad is three Blues players, seven Chiefs, six Hurricanes, 10 Crusaders and seven Highlanders while 13 of New Zealand’s Mitre 10 Cup provinces are represented, with seven Canterbury players, five from Taranaki, three each from Wellington, Manawatu and Tasman, Auckland, Counties Manukau, Waikato and Bay of Plenty have two players each while there is one player from Northland, North Harbour, Hawke’s Bay and Otago.

The All Blacks squad will assemble in Christchurch on Thursday with the team taking on the Canterbury and Otago provincial sides in the Game of Three Halves match at AMI Stadium on Friday night.

A squad of 32 will head to Sydney on Sunday to prepare for the first Rugby Championships and Bledisloe Cup Test.