Home Snippets Getting A Bit Hot In the Kitchen, Rob? 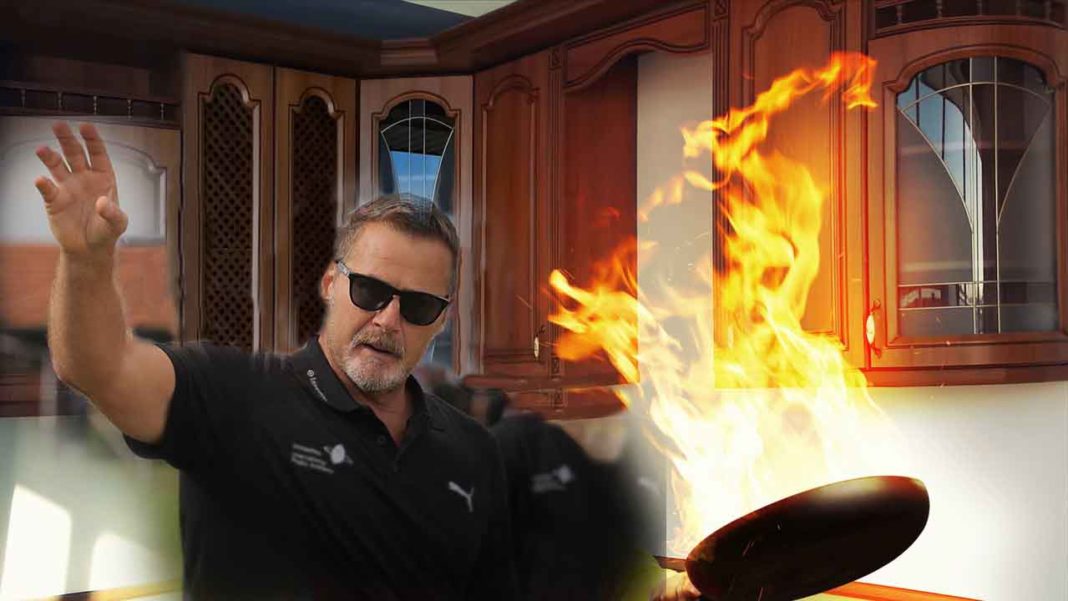 If You Can’t Stand The Heat – Stay Out Of The Kitchen, Rob!

News24 reports that Sharks coach Robert du Preez launched a scathing attack at critics of himself and his team.

Despite topping the South African conference and lying second overall, the Sharks have seen and heard plenty of criticism and disparagement as their fans have endured a seriously topsy-turvy season winning five and losing five matches.

There have been plenty of calls for Robert du Preez’s head, culminating in an open letter to the Sharks Board written by retired Sharks player Tony Watson.

“When Robert du Preez was appointed coach, I asked Teich whether he believed that prospective sponsors and business partners would share his vision for the Sharks with Robert as the head coach?

“Clearly he and the Board believed so, and the Du Preez coaching era was born! Well, for almost two seasons, we have witnessed a Sharks team in free fall, with no clearly defined pattern of play.

“It is a team lacking in leadership both on and off the field; a team capable of producing brief spells of mesmerising rugby, but also a team that can get beaten by 50 points in our own back garden.”

Watson went on to say:

“This team needs a fresh start! There should be a complete clean-out of the coaching staff and an interim team installed, the likes of Ian Mac, Dick Muir, Pat Lambie and Sean Everitt.

“There needs to be a drastic reduction in the number of contracted players and support staff, and the creation of a team environment based on loyalty and pride!

“We need to move on from the memories of the glory days of the 90s. We need to change to an all-encompassing support base of all cultures, so that we once again make this team our own.

“We need to make the Board of the Sharks understand that we will not tolerate their lack of action in addressing fundamental issues.”

The letter, together with the media pressure and the comments of disgruntled fans has clearly hit home with Robert du Preez.

His response has been to lash out at the critics, calling them cockroaches.

“All the cockroach commentary on social and uninformed opinions of journalists have not affected us,”Du Preez told Netwerk24 earlier this week as his team prepared for Friday’s match against the Crusaders in Christchurch.

Sadly, that response might just indicate that a laager mentality has sprung up, rather than accepting the criticism and looking at what needs to be done to fix what many perceive as broken.

Robert du Preez should perhaps take a look at some of the comments and criticisms rather than lashing out.

I can only suggest to him: If you can’t take the heat, Rob, get out of the kitchen!