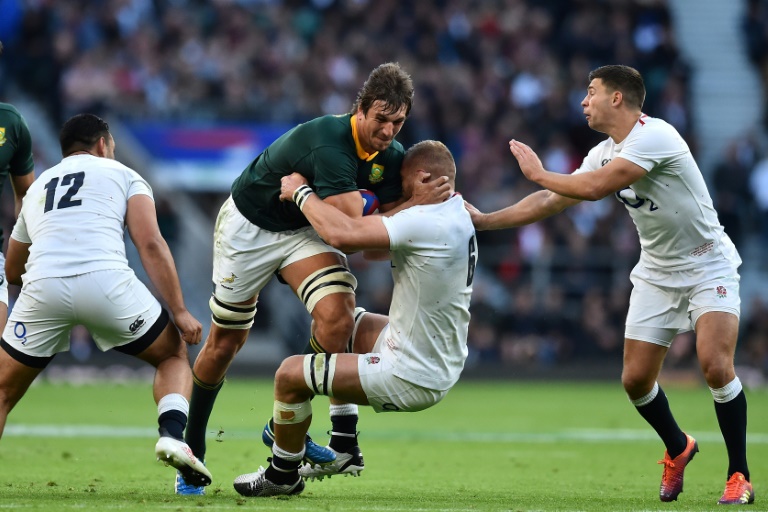 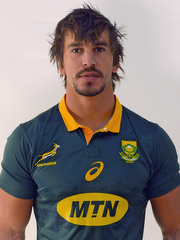 Eben Etzebeth has gone from probably being sidelined for the rest of the tour to a possible Springbok starter against France this coming Saturday.

The dramatic change in the big lock’s status was revealed on Monday, as the Boks stepped up preparations for the second match of their year-end tour.

According to coach Rassie Erasmus, there is a good chance that Etzebeth will be ready for this coming Saturday’s Test.

Etzebeth left the field early in the Twickenham Test with a foot injury and was replaced at lock by Rudolph Snyman.

“The injury is not as bad as we initially thought,” Erasmus said on Monday.

“We will give Eben until Tuesday to prove his fitness,” he added.

This is in stark contrast with the coach’s declaration after the match at the weekend.

“He is out definitely for next week and maybe the tour.

“The way he is walking doesn’t look great, it looks like an ankle and will be a while before he is playing again.”

Springbok supporters are holding thumbs he will be ready!