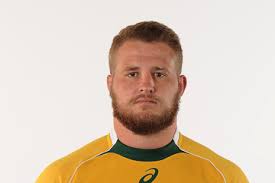 Wallabies and Reds front-row and sometime captain, James Slipper has been banned for two months after returning two positive tests for cocaine, between February and May this year.

Under Rugby Australia’s Illicit Drugs policy the first test is kept confidential, with only Rugby Australia’s (RAU) integrity unit and the relevant doctors made aware, with a focus on player welfare, but a second positive test is made public and the player is punished.

Slipper received the minimum punishment of a two-month stand down and a AUS$27,500 fine, with Rugby AU CEO Raelene Castle saying a series of ‘significant personal issues’ had been taken into account when the tribunal made its decision.

“We are fully aware that James is dealing with very significant personal issues and we have been working with him since February on these matters.

“We are ensuring that James is receiving full help and support including specialist medical treatment.

Castle admitted more needed to be done to create an open environment for players to speak about their mental health issues.

Slipper took over the captaincy of the Queensland Reds in 2015, before stepping down from the role this season, and captained the Wallabies in 2015 against the USA.

He has played 95 Super Rugby matches for the Reds and 86 Wallabies Tests, after making his debut in 2010.

Queensland Rugby Union chairman Jeff Miller said he was confident there was no drug culture at the Reds, despite both Slipper and Karmichael Hunt being embroiled in drug problems this season.