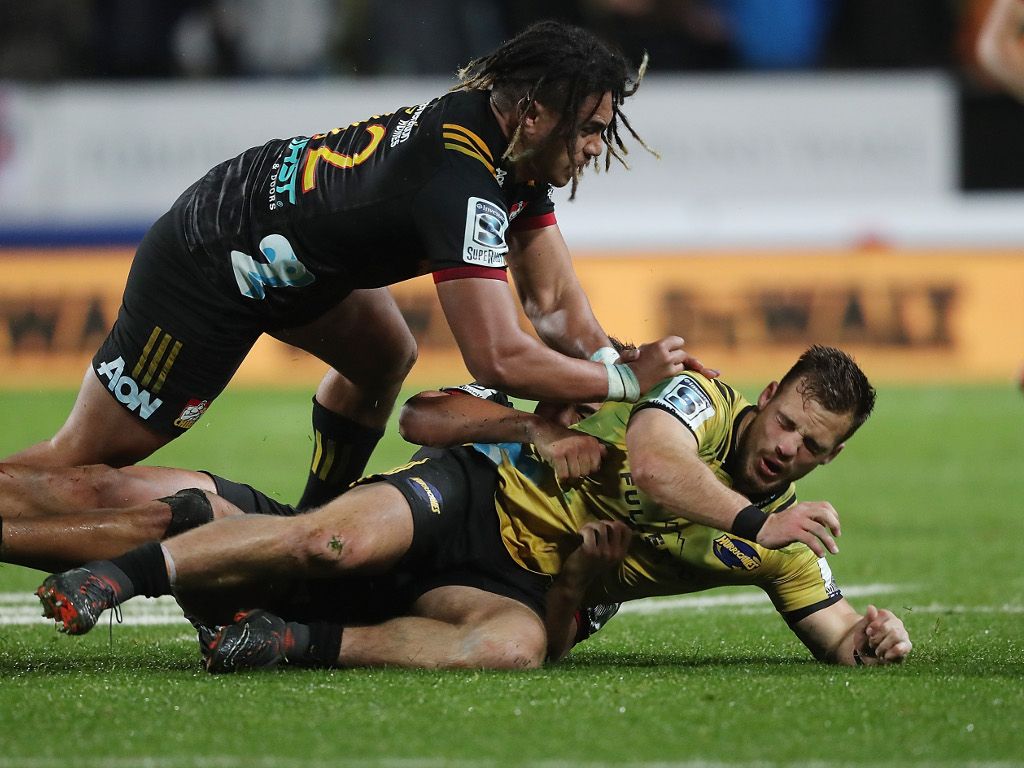 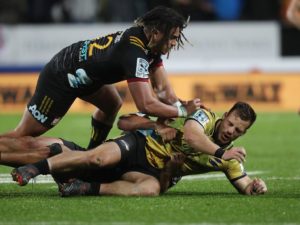 Chiefs centre Johnny Fa’auli has been banned for six weeks for his dangerous tackle on Wes Goosen during their 28-24 victory over the Hurricanes.

Fa’auli’s head-high shoulder charge on Wes Goosen was easily amongst the worst tackles seen in Super Rugby this year.

It was not only poor technique, it was made all the worse by the deliberate intent of the tackle.

The impact on Goosen was horrendous, exactly the type of thing World Rugby is intent of getting out of the game of rugby.

Fa’auli is lucky to receive just six weeks. This is the third such offence by the same player. If he had made contact with Goosen in the same manner and with the same intent anywhere except on a rugby field, he would be facing assault charges and jail time!

Faauli will miss the Chief’s game against the Hurricanes in the quarter-finals, his Super season is over. Big Deal!

In his finding, Nigel Hampton QC ruled the following: “Having conducted a detailed review of all the available evidence, including all camera angles, additional evidence, a statement from the player and submissions from his legal representative, Aaron Lloyd, the Foul Play Review Committee upheld the Red Card under Law 9.13.

“With respect to sanction the Foul Play Review Committee deemed the act of foul play merited a mid-range entry point of 6 weeks.

“The Foul Play Review Committee added 2 weeks to the entry point as aggravation for the fact the Player has two previous offences of a similar nature on his Judicial record and as a personal deterrent to combat a pattern of such offending by the Player.

“However, taking into account mitigating factors including the Player’s expressed remorse and his plea of guilty at the earliest possible opportunity, the Foul Play Review Committee reduced the suspension to 6 weeks.”

The waffle about this incident being a “mid-range” entry point and all those “mitigating factors” is just more evidence of a broken judicial system, especially when New Zealand players are involved.

If this incident is properly measured in terms of World Rugby’s Regulation 17.19 the sentence would surely have been much greater.

The assessment of the seriousness of the Player’s conduct shall be determined by reference to the following features:

(a)     whether the offending was intentional or deliberate; (Yes!)

(b)     whether the offending was reckless, that is the Player knew (or  should have known) there was a risk of committing an act of Foul Play; (Yes!)

(c)     the gravity of the Player’s actions in relation to the offending; (Yes!)

(d)     the nature of the actions, the manner in which the offence was committed including part of body used (for example, fist, elbow, knee or boot); (Yes!)

(h)     the effect of the Player’s actions on the victim (for example, extent of injury, removal of victim Player from the game); (Yes!)

(k)     the level of participation in the offending and level of premeditation;

(l)      whether the conduct of the offending Player was completed or amounted to an attempt; and (Completed, Yes!)

(m)    any other feature of the Player’s conduct in relation to or connected with the offending.

(a)     the Player’s status generally as an offender of the Laws of the Game; (Yes!)

(b)     the need for a deterrent to combat a pattern of offending in the Game; (Yes!)

If we then refer to Appendix One, of the Regulations, we find that a shoulder trike to the head is:

At least a mid-range entry point.

At the very least, then, a 6-week entry point. The top-end entry point calls for 10+ weeks.

If the Fa’auli shoulder charge was only a mid-range entry point the 6-weeks would be understandable. What I, and the commentators, saw was something more than that.

Then to add two weeks because Fa’auli has two identical charges on his rap sheet is 100% correct.

How on this earth can you then reduce it for mitigating factors, that included the “Player’s expressed remorse and his plea of guilty at the earliest possible opportunity,” completely escapes me!

Sanzaar, you are still breaking my game!