Home Big Opinions Light at The End of The Tunnel? 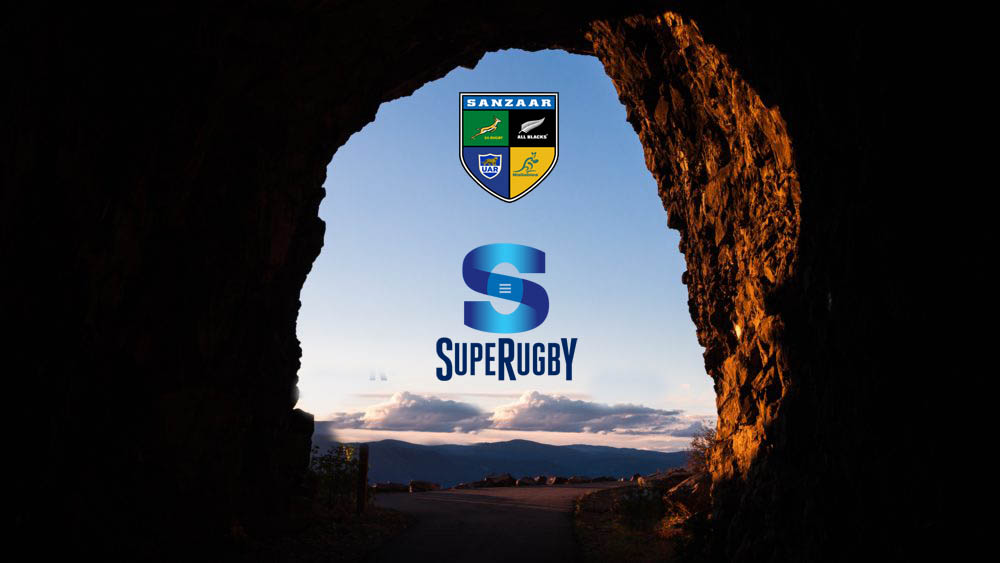 Light at The End of The Tunnel?

Super Rugby might, just might, survive SANZAAR’s suicidal attempts to suffocate the competition to death, taking all of the southern hemisphere’s domestic rugby into the grave with it.

I will not bore you with a repetition of the history of Super Rugby – that lean, exciting, streamlined sprinter that caught the interest and imagination of the whole rugby world, before it grew fat and lazy, becoming the sport’s version of a parasitical couch potato. I will not repeat the figures, the warning signs, the red flags that have been waving as SANZAAR’s administrators blundered blindly on in their quest for world domination.

I will not hanker back to that short, sharp eleven-week season that was Super 12.

I have written of these things before.

You can find the article in the Big Opinion’s category on my website, titled “Going Down The Drain.” I warn you that it not a cure for insomnia, if you are a rugby fan.

It seems, finally, that the penny has dropped in the hallowed halls of SANZAAR’s headquarters.

We are told that the dwindling spectator numbers, the vanishing television audiences, and the stagnation of the quality and innovation of southern hemisphere rugby has finally caught the attention of the member nations of SANZAAR.

SANZAAR are finally considering dropping the unpopular, and illogical, conference system while cutting the competition back to 14 teams. The target date is apparently the 2021 season, which some sceptics suggest might be too late!

There are some worrying indications that the reversion to a Super 14 format will not be accompanied by a real reduction in the overall length of the competition. We are informed that SANZAAR still want a 22-week season. This does still seem to be a Super season that is way too long and will thus continue to impinge on local domestic competitions.

(Super Rugby should not only cut another team from their ranks, they also shorten the season in order to provide domestic competitions with the space and time they desperately need to re-establish their own place in rugby’s pecking order.)

Back in 2006 when Super 14 was unveiled, the initial Super 12 expanded with the addition of two more teams, yet the Super final was still contested on the 27th May. The season kicked off on the 10th February.

Surely, we can still do that?

Given that Australia have vehemently ruled out cutting any more teams, while New Zealand are very happy with their five, and South Africa are likely to retain their four teams, that leaves the Sunwolves and Jaguares as the two with the targets painted on their backs.

The Jaguares’ target seems to be considerably smaller than that adorning the Sunwolves’ backs. The Jaguares finished seventh last season and have steadily improved as they have learned to deal with the excessive travel requirements and the slog that is the Super Rugby competition. They have also helped with the improvement in the Pumas’ fortunes at test level in recent times.

As a full member of SANZAAR, and with the Pumas considered a Rugby Championship staple, the Jaguares seem to be assured of their Super Rugby future.

Japan’s Sunwolves are the most likely, and logical, team to be dropped from the Super Rugby line-up.  They are about to start their fourth season of Super Rugby, having won just six matches in their entire history, three of them in 2018, their “most successful” season, yet still finishing bottom of the overall table.

The initial rationale for introducing the Sunwolves into Super Rugby was shaky at best.

A new Japanese based team, with no established support base, no facilities, and no buy-in by the existing Japanese club structures was somehow supposed to be “taking rugby to the masses” – in a country where rugby was already well established and was already participating in the Rugby World Cup!

The addition of the Sunwolves simply served to extend the Super season, adding to the players’ workload together with a huge extension in the travel burden for all the teams, especially those based in South Africa and the Argentine.

Just to compound the stupidity of the exercise, the Japanese based franchise was deemed to be an “African” team for the purposes of the contrived conference system.

Unwanted in their own country, unloved in the southern hemisphere,  unnecessary for rugby’s development as a sport in Japan, and unneeded in the overly congested world of Super Rugby, the Sunwolves need to go.

Their demise will be unlamented by those who care about the future of the game.

We are further told that the return to a 14-team format was just one of a small handful of models discussed by SANZAAR after the World Rugby meetings in Dublin three weeks ago.

The 14-team format would do away with the conference system, and implement a variation of an all-play-all model, the much desired round robin. A constraint that is causing some pain for SANZAAR’s negotiators is the need to keep the competition to a 22-week duration. A full round-robin format for 14 teams, in which every team plays every other team on a home-and-away basis, would be impossible to fit into that window.

A modified round robin system would be the only way for it to work.

That would not be a perfect solution for all the teams, some of whom would host at least one but potentially two fewer home games than in the current three-conference system. Rugby Australia is apparently the SANZAAR member that has the biggest issue with the suggestion that they lose a number of “home” games.

One has to wonder why Rugby Australia persists in their demand for more, rather than less, as their crowd numbers have been the poorest of them all, whilst their television audience is laughably small, even bending the knee to a local televised gardening programme on various occasions during the recent season.

However, the groundswell of support for a simpler, fairer round-robin model may force Rugby Australia to accept a model that the fans will support, that the sponsors will buy into, and that pleases the broadcasters most. A format that thus delivers more money – and it is that money that Rugby Australia so desperately need.

Rumours persist that another South African team may follow in the footsteps of the Cheetahs and Kings and join the northern hemisphere in the Pro 14.

Some suggest that all four Super Rugby teams, the Bulls, the Lions, the Sharks, and the Stormers, are eyeing the potential of a move to the more time-zone-friendly European competition. SA Rugby are, however, apparently still keen to keep their Super Rugby contingent stable at four teams for the immediate future and could potentially put two other franchises into the Pro 14 in coming years. The names of Griquas and the Pumas have been mentioned.

Despite the very real need to reinvent Super Rugby, SANZAAR still seem to think of their “product” as being close the pinnacle of rugby success. CEO Andy Marinos was bullish about Super Rugby’s future in an interview with NZ Stuff last month.

“What we’ve got to realise is that Super Rugby was established originally in order to slip that one level below test matches and the yield that it’s given is being able to deliver three and now four countries that are seriously competitive on the international stage and have dominated the World Cup since its formation,” Marinos said.

“That value can’t be underestimated as a breeding ground for international rugby, which does drive a fair portion of revenue in the game.

“The essence of the product is very strong and we still get the best players in the world playing in that comp. Our big challenge is to get the right mix together to use it as a platform to drive forward.”

What Mr Marinos seems to be missing is that all three the primary members of SANZAAR used to be the preeminent rugby nations of the world and were not “delivered” to that status by Super Rugby. The truth is that all three are now struggling to maintain their position as being “seriously competitive” on the world stage. All three countries, Australia, New Zealand, and South Africa, have seen Super Rugby’s standards slip and their own national team struggle as a result. Super Rugby has throttled the life out of southern hemisphere rugby, and this simply has to be fixed.

A 14-team Round Robin format is the best possible solution in the current climate. (Super 12 would be better!)