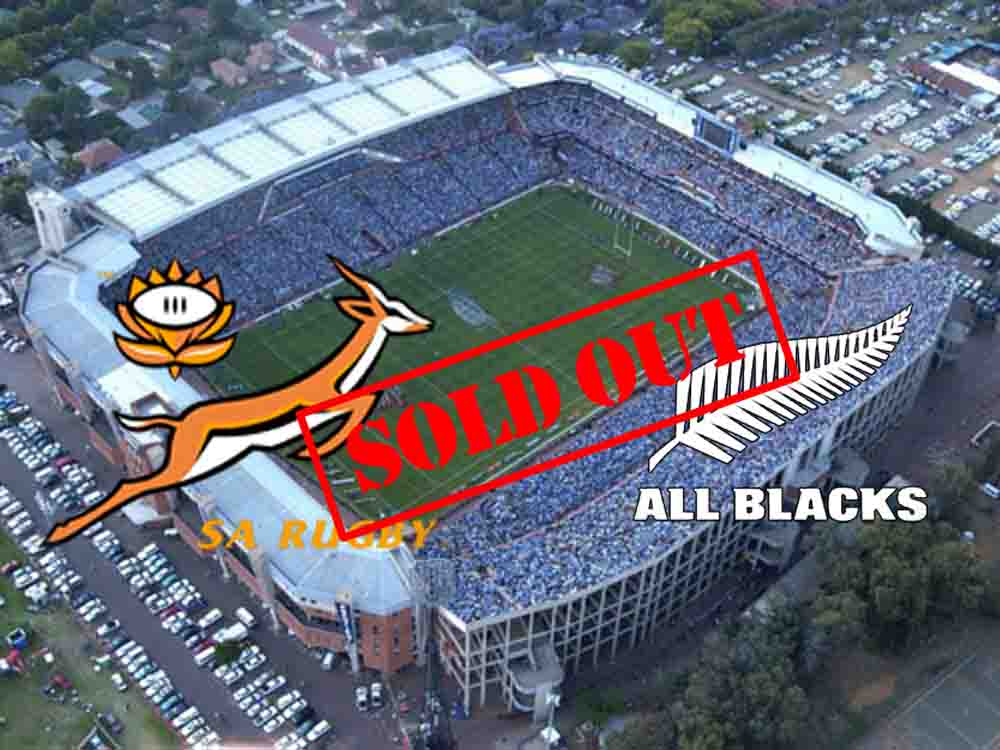 There is nothing quite like a Springbok win over the “Old Enemy” to revitalise interest in the sport of rugby and the national team!

Thousands of “supporters” turned their backs on the struggling Springboks in 2016 and 2017, loudly declaring their complete disinterest in the sport and the team. Many declared their complete disillusionment with the Springboks and publicly stated their personal decision to “never” support them ever again.

With all those disinterested and disillusioned and indifferent fans in mind,  it is interesting to note that Loftus Versveld has put up the “Sold Out!” banner for the Rugby Championships Test between the Springboks and the All Blacks on the 6th of October!

Having seen the echoingly empty stands at Loftus over the last number of years, I wonder where all these fans are coming from?

All general stand tickets for the match have been sold.

According to the Blue Bulls Company, there are still limited numbers of “hospitality suite” type tickets available at Castle Corner. Castle Corner is the only place inside Loftus, other than in a private suite, where you may consume alcohol during the game. Tickets start at R4 595 and include full catering and a full bar.

There are also a limited number of tickets available for “non-viewing” hospitality suites, where you may consume alcohol and enjoy the catering in a space away from the seat allocated to you, but you cannot take any alcohol to your seat for consumption while watching the rugby. These tickets start at R4,195 per person. These tickets also include full catering and bar before and after the game.

So, all those erstwhile “fans” who abandoned the team in their darkest hours can now return and bask in the reflected glory of a team that won in New Zealand and may just have a chance at another win in Pretoria.