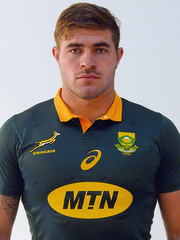 Malcolm Marx is set to miss the incoming tour by England in the coming weeks after suffering a hamstring injury in last week’s Super Rugby clash at the Hurricanes.

He was forced to fly home for a scan in Johannesburg, missing the Lions’ final tour game against the Highlanders in Dunedin.

On Wednesday the Lions released a statement revealing that he’s set to miss six weeks of rugby, making him a doubt for the June Tests.

“Emirates Lions hooker Malcolm Marx has a high grade hamstring tendon tear. He does not require surgery and is not expected to recover for at least six weeks. Marx was injured in the Vodacom Super Rugby match against the Hurricanes in Wellington over the past weekend,”