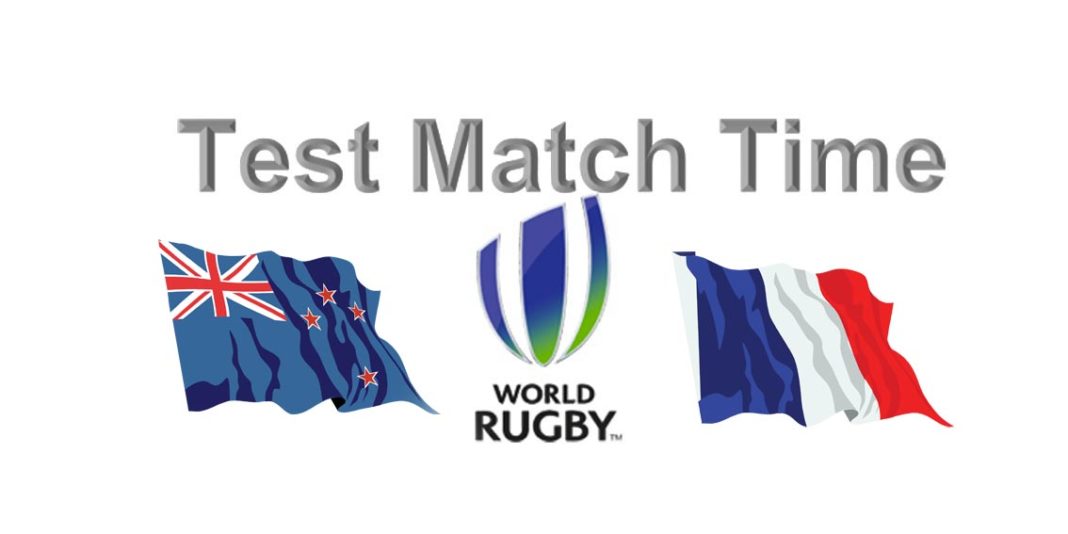 Steve Hansen is not known for taking risks.

He has some diamonds at his disposal. We may call them the All Blacks, but in rugby terms they are diamonds. He simply focusses on getting his team to do what they do best, he polishes the diamonds, so to speak, and allows them to glitter of their own accord. He does not tell them how to glitter, nor does he throw in the odd piece of coal and hope that the pressure of Test match rugby will turn it into a diamond.

When Steve Hansen decides to name a side with no less than four new caps, debutants in the necklace of diamonds, one has to wonder whether he is throwing some pieces of coal into the high-pressure chamber and hoping that they will be diamonds when the game is over.

For once, Steve Hansen seems to be taking some risks!

He has picked a side that has both vast attacking potential and extreme vulnerability. He is pushing the boundaries somewhat, against a wounded and dangerous French side that has shown the guts and determination to fight back in adversity in both the first and second Tests of this series.

The Steve Hansen way has always been to ease new players into the All Black set-up, first into the squad for a while, and then perhaps a couple of minutes off the bench in unimportant games, and then the step up to the big games, again as bench-warmers, until they finally get a run-on start. Every step of the rookie’s progress is carefully controlled, with plenty of experienced campaigners around each rookie to cosset and nurture them as they take the field.

Not so much this time!

Richie Mo’unga is on the bench in his first exposure in a Test. His only previous run came in a non-Test game, also off the bench.  The front-row could have a collective 19 test caps between them – two of them in the possession of Karl Tu’inukuafe who no one had heard of a few months ago.

The loose trio, which starts with just 28 caps collectively, could have even less if Savea comes off for Matt Todd.

Sam Whitelock and Owen Franks together account for 198 Test caps, more than half of the total 308 caps in the starting pack.

By Steve Hansen’s standards he is taking an unusual risk in fielding such an inexperienced outfit as he seeks solutions to the holes left in his squad by the  ravages of both injuries and talent scouts with chequebooks. He is testing the depth of his  pool of diamonds, some of which are still very much still in the rough.

France will be looking at the new All Black line-up and working out exactly what they have to do to disrupt the youngsters!

New Zealand have made several changes to their side for the third and final Test against France.

Shannon Frizell earns his debut start in the number six jersey while another uncapped player, Jackson Hemopo, is included on the bench.

The tight five is unchanged, with Samuel Whitelock again named as captain.

In other forward changes, Ardie Savea gets his fourth start in the number seven jersey, while Matt Todd will provide additional impact off the bench. Liam Coltman, who made his Test debut in 2016, comes in as the reserve hooker, while Karl Tu’inukuafe and Ofa Tuungafasi will again provide front-row power from the bench.

In the backs, Damian McKenzie gets his first Test start in the number 10 jersey outside half-back Aaron Smith. Midfielder Jack Goodhue will make his Test debut at centre, outside Sonny Bill Williams, who has made a remarkable return from injury. The back three have been reshuffled, with Waisake Naholo coming in on the right wing, Ben Smith at full-back and Rieko Ioane on the left wing.

TJ Perenara is reserve scrum-half, Richie Mo’unga looks set to make his Test debut off the bench, while Jordie Barrett is the other back reserve.

France head coach Jacques Brunel has made two changes to his line-up that will take on New Zealand on Saturday.

Morgan Parra will skipper the French in the absence of Mathieu Bastareaud, with Wesley Fofana and Remi Lamerat coming in as the new centres.

Otherwise it is an unchanged backline with Anthony Belleau alongside Parra and Gael Fickou, Teddy Thomas and Benjamin Fall in the back three.

The forward pack is as it was in Wellington as France look to end the season on a positive note in Dunedin after some encouraging performances.

This will be a very interesting Test from so many different perspectives.

Looking forward into 2019 and the looming Rugby World Cup, the somewhat experimental team fielded by the All Blacks will tell us much about their depth of resources. We will see their second, third, and even fourth choices in some positions, and we will see how they gel as a team on the field. We will know more about the All Black planning for RWC 2019, and beyond.

We will also be watching the development of Damian McKenzie with plenty of interest. The world knows his value as an all-out attacking player from the fullback position. We know that he can play out on the wing too, although that somewhat limits his ability to range free and wide at will. We know from his time as the Chief’s 10 that he will look to the running passing option before he even thinks about kicking the ball. The All Blacks are obviously working on him as a back-up option to Beauden Barrett.

What will he be like as the starting flyhalf for the All Blacks? Coming on for the injured Beauden Barret last week he was obviously under-prepared for the pivot role as everyone expected him to come on as the explosive finisher from the back in the last 20 minutes of the game. With his role changed to game manager he seemed a little unsure. This week he has had the entire week to prepare, under the tutelage of the coaching staff and the senior players around him. He will have a defined role and purpose, and will probably be given free rein to sow his special kind of havoc.

We could be seeing something very special happening.

We will be watching to see whether the All Blacks will unleash their high-paced running game from the outset. In the first Test they only stepped into high gear after the yellow card incident. In the second Test they never quite got into high-gear at all. The selection of Sonny Bill Williams as the alternate midfield playmaker, the cool and calm next to the explosive of McKenzie, with Ben Smith running from fullback and Waisake Naholo, Jack Goodhue, and Rieko Ioane as finishers, all playing off the mercurial unpredictability of Damian McKenzie makes for a potentially devastating back division.

Up front the All Blacks may be in for a tougher time.

The French front five have been impressive in both their set-pieces and their commitment in the tight-loose. They will be looking for a continuation of their established game plan and to achieve parity with the All Blacks in all phases again. The collisions will be interesting.

Shannon Frizell starts at blindside for the All Blacks on the back of only a handful of games for the Highlanders in his first Super Rugby campaign.

He has shown a willingness to get involved, carry hard and tackle hard.

But this is not Super Rugby, this is Test rugby, and a youngster such as Frizell is up against some battle-hardened veterans in Kevin Gourdon, Kelian Galletier, and Mathieu Babillot.

In an ideal All Black world Frizell would be taking the field with names such as Cane, Read, Kaino, Messum, Squire and the like to hold his hand and guide him. This week he has two relative newcomers as his mentors in Luke Whitelock, and Ardie Savea, neither of whom are certain first choice starters for the All Blacks in their own right.

There is an enormous amount being asked of Shannon Frizell.

Jackson Hemopo is another Steve Hansen wild card – not originally picked in the 33 man squad, he finds himself on the bench after just six days with the team.

I am unsure of what to make of the French decision to rest their captain? The new midfield of Wesley Fofana and Remi Lamerat do play club rugby together and this might translate into a working combination at Test level, but they have to keep SBW in check, and that is never easy.

The All Blacks simply haven’t performed anywhere near the peak of their powers in this June series. Their cause has been helped by some weird and wonderful refereeing decisions and the even weirder and more wonderful involvement or non-involvement of a certain TMO. (He is there again this week!)

This is just a little worrying for All Black supporters.

I would suggest that the All Blacks will be wanting to make a huge statement this week, and they have sent their rookies out with instructions to go and show that they are worthy All Blacks.

France have surprised everyone with their willingness to stay in the game and to fight, and fight hard, right to the end. This is unexpected from a team that is traditionally known to roll over and submit when the rugby gods deal them a difficult hand. (or when breakfast was not to their liking….)

I think that we are likely to see a massive first half effort by the French! If they have the lead at the break, they may just put fatigue and the one-foot-on-the-plane syndrome aside for a while and stay in the game for the full 80.

If the All Blacks have built a lead after 40, we may just see France blown away when those All Black backs start to have fun. This is the more likely scenario in my book.

I think that the long season and an arduous tour will start to wear away the French resolve.

The All Blacks will win, by around 25 points.