I am always intrigued by the habit of divorcees to maintain the surname of their ex-spouse in their next marital adventure. Many also like to maintain their maiden name somewhere in their chosen surname. It seems to be a special trait of those who inhabit the maritally nomadic socialite sect. Names such as Anneline Kriel-Kerzner-Tucker-Bacon are often seen in the media.

Which brings me back to rugby.

Perhaps it would be a good idea for similarly nomadic rugby players to be identified by their previous teams/employers/franchises? 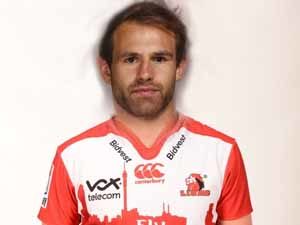 Nic Groom, the Stormer/Saint is about to become a Lions.

He will be leaving Northampton Saints with immediate effect and returning to South Africa to link up with the Lions in Super Rugby.

The Cape Town-born 28-year-old is immediately available for selection in Super Rugby.

At the beginning of the Super season I suggested that the Lions’ single biggest weakness is at halfback. Ross Cronje and Elton Jantjies aside, they simply had no depth whatsoever. Nic Groom’s arrival will certainly address a part of that problem.