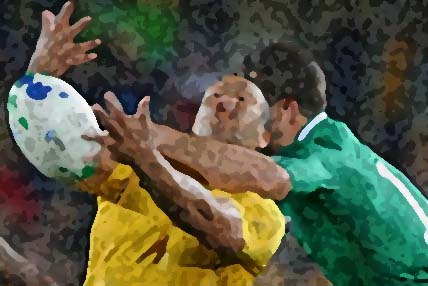 A High Tackle With Consequences 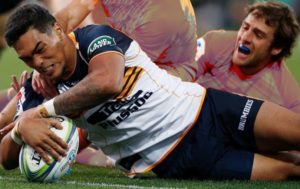 Brumbies winger Chance Peni has been suspended for five weeks for his high hit on Crusaders’ wing Israel Dagg at the weekend.

The reckless and dangerous high tackle in the first half of the Brumbies’ loss to the Crusaders in Canberra on Friday has had serious consequences for Israel Dagg, who was just two games back from a knee injury for which he has received stem cell treatment.

Although Dagg left the GIO Stadium pitch for a head injury assessment, it was strain on his problematic knee which will probably have more of a long-term impact.

Such was the force of the illegal tackle that Dagg’s right leg was momentarily trapped under his body. He is booked in for an MRI scan today and the long and lonely road of rehabilitation is once again ahead of him.

Dagg, who has played 66 tests, hasn’t played for seven months since suffering a knee injury while playing for the All Blacks against Argentina last September and desperately needed a run of games to be in contention for the three tests against France in June. 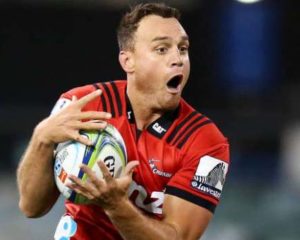 Israel Dagg is one of the unluckiest players ever to play rugby at an international level.

A dislocated shoulder in 2015 put paid to his World Cup dreams after he starred for the All Blacks at the tournament four years earlier.

He also has a history of calf muscle problems.

In early 2011 he tore his right quadriceps off the bone in a freak injury while clearing for touch in a match against the Stormers in Cape Town.

His knee injury last year might have ended the career of a lesser man, but Dagg has fought back. His desperation to get back on the field this year can be seen in his being prepared to try any treatment medicine has to offer, including having stem cells injected into his damaged knee.

“However, taking into account mitigating factors including the player’s remorse shown on field and his pleading guilty at the first available opportunity, the Foul Play Review Committee reduced the suspension to five weeks,” they said.

Peni will miss the Super Rugby fixtures against the Rebels at GIO Stadium, the two-week tour to South Africa which encompasses matches against the Lions in Johannesburg and the Bulls in Pretoria, the home clash with the Sunwolves and the game against Suntory in the June Test window.

This has to be one of the very few times that I understand and agree with a Judicial Committee’s ruling that a sentence be reduced for “mitigating circumstances” – Peni was instantly remorseful on the field of play, apologising to Dagg over and over again, and his pleading guilty at the first available opportunity suggests that the reduction of the sentence from seven weeks to five was fair.