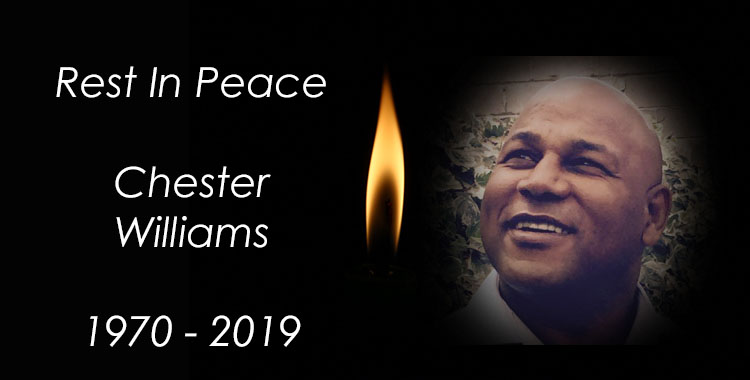 It is with huge sadness that we must report that the 1995 World Cup-winning legend Chester Williams has passed away.

Chester has left us at the all-too young age of just 49.

He leaves behind his wife Maria and two children Chloe and Matthew.

It’s believed that he suffered a heart attack.

Chester Mornay Williams was born on the 8thAugust 1970.

Chosen for South Africa in 1993 at the age of 23, he debuted against Argentina on the 13thNovember in Buenos Aires, playing on the wing and scored a try on debut, He went on to represent his country on 27 occasions, and scored 14 tries for 70 points in this time.

After retiring from playing Chester Williams took up coaching, and from 2001 to 2003 he coached the South African 7’s team, in 2004-2005 he coached the Cats in Super Rugby, he had a short stint with the Pumas before taking up a position as national coach of Uganda in 2006 – 2007, then moving on to coach Tunisia from 2007 to 2012. His final coaching job was with the University of the Western Cape, where he coached the university team to a Varsity Shield championships in 2017.

The tragic news comes less than two months since the world rugby community was rocked by the news of his teammate and friend James Small’s death.

We extended our sincere condolences to the Williams family.

Chester, you were a champion, and you will be missed, thank you for the memories.