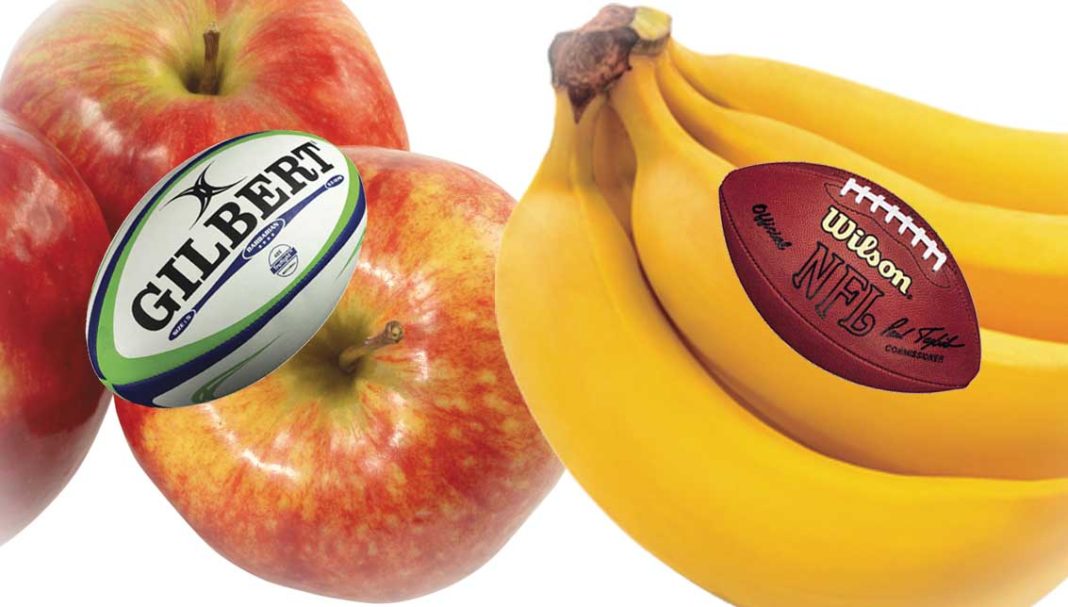 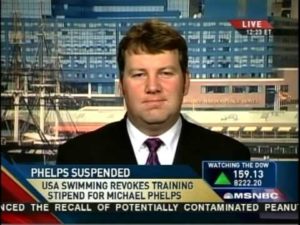 ESPN’s Kevin van Valkenburg has sparked some fiery responses from rugby fans after he claimed that NFL players would “so thoroughly dominate rugby, other countries would quit”.

He seems to be taking the lead from a certain orange orangutan who likes to tell the world that everything in America is better than everything else anywhere in the world.

Van Valkenburg suggests that US Rugby should raid the NFL, take two running backs, a defensive end, and a practice squad. Throw in Ohio State coach Urban Meyer and convert them all into rugby players. They would beat the world’s best.

He went on to suggest some names, unknown to rugby fans, but probably well known to some Americans. Van Valkenburg tweeted his theoretical team – which would include young running backs Leonard Fournette (Jacksonville Jaguars) and Ezekiel Elliot (Dallas Cowboys), along with JJ Watt (Houston Texans).

All this stuff would probably have disappeared into the ether with nary a rugby aficionado taking any notice of the idle blustering of yet another American with a superiority complex.

Then he touched a nerve.

Van Valkenburg went on to question the ability of New Zealand’s rugby players and said: “It’s a serious insult to think any of those NZ dudes is as good of an athlete as Fournette.”

Of course, his well informed and deeply researched opinion was founded on having “briefly watched” some college rugby on a television set, while having his hair cut. The barber did not want to change channels to the golf that Van Valkenburg really wanted to watch.

His comments have not been well received, both in New Zealand and across the rugby world. Welsh pundit Simon Thomas, called the American’s take “both ignorant and arrogant – not a great combination“.

Twitter poster John Caulfield replied:  “I seriously doubt that. A serious insult to top rugby playing nations such as NZ. A lot of subtlety missed here,”

Further on in the debate, Thomas queried on how the NFL players would do without their pads. He said that with their heavier average weights, “NFL players wouldn’t be able to last 15 minutes in rugby, where the ball-in-play time is so much higher.”

Sonny Bill Williams was introduced to the debate.

On Twitter Nick Mackay said SBW was twice the player that Fournette was. To which Van Valkenburg asked: “Twice?”. Mackay replied: “He’s way bigger and just as strong. Has won World Cups in two different sports, was the NZ WBA boxing champ and has a lifetime 7-0 record as a pro, runs the 100m in 10.5. And he can pass and kick.”

Even a Kiwi politician waded in. Senator Neale Thomas, who sits on the Labour Panel in Dubin, said: “Ah here, I love NFL but that’s a ridiculously ignorant comment. Watch a full 80mins of top class rugby with guys who’ve been playing since they were kids & comment rather than a bit of a US college game with guys who may only have played for a year or two.”

My own thought is that rugby is a far more continuous game, played over 80 minutes, with the ball in play for around 35 of those minutes. There are a maximum of 23 players in a rugby match-day squad. Eight substitutions are allowed in a game.

The average NFL game lasts for around 3 hours and 30 minutes, or 210 minutes. During that time the ball is in play for an average of just 11 minutes. (How come it is so popular????)

Each NFL team has 11 players on the field during any play, but they do field totally different offensive and defensive teams, so at the very minimum 22 players will feature during the 11 minutes that the ball is in play. In addition, the teams are allowed to make rolling substitutes throughout the game and will have up to 46 players deemed “ active”  and suited up on game day. Any one of the 46 may be used, at any time.

The physical demands of 80 minutes of rugby versus 210 minutes of NFL football cannot be compared, unless sitting on a bench is considered physically daunting.

And then there are the totally different skills required in the different games.

One game requires a single player to make a pass, and then a crashball runner has to make some yards with the ball, if he can catch the pass. Of course, if he is a defender, all he need to do is block the passer or runner.

The other game requires a bit more than that.

Not really comparing apples with apples then, Kevin?