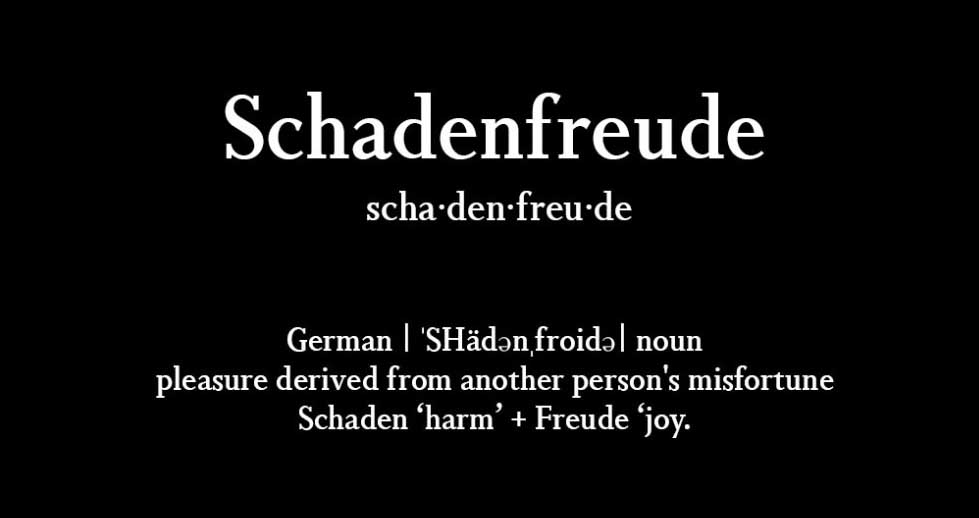 (Schadenfreude: the experience of pleasure, joy, or self-satisfaction that comes from learning of or witnessing the troubles, failures, or humiliation of another.)

Every newspaper, every sporting magazine, every sports website, and not a few million words on various social media platforms are vociferously celebrating the come-uppance of a team seen as arrogant and not a little two-faced.

Their attempt to cheat on the field, caught on camera and broadcast to the world in full High Definition video, is related back to their own very loud words about Faf du Plessis and 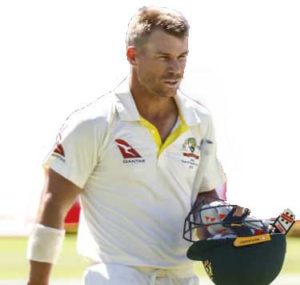 “Mintgate” – David Warner had plenty to say at a press conference and later on live radio after Faf du Plessis was charged with ball tampering during a tour of Australia in 2016.

“I won’t comment on the way [South Africa] have been behaving but I just know from an Australian cricket perspective: we hold our heads high and I’ll be very disappointed if one of our teammates [illegally change the condition of the ball],” Warner said at that press conference in 2016.

“The rules are in place for a reason, if you’re not gonna use them, then why bother having them?”

This was not David Warner’s first attempt to paint opponents’ with the tar brush, he was fined 15 per cent of his match fee in 2014 for accusing South Africa of ball tampering, telling Sky Sports Radio the Australian camp were suspicious of the opposition wicketkeeper.

“We were actually questioning whether or not A.B. de Villiers would get the ball in his hand and with his glove wipe the rough side every ball. That’s another thing we have to try and bring up with the umpires.”

Of course, David Warner is the epitome of sporting behaviour. In June 2013 he had to publically apologise for a drunken punch he launched at Joe Root of England. Cricket Australia fined him for his pugilistic endeavours, and he was suspended for the rest of the Champions Trophy, as well as two Ashes warm-up matches.

This was Warner’s second disciplinary problem in less than a month – having earlier had a social media spat with two journalists, Malcolm Conn and Robert Craddock.  In May 2013 Warner was fined A$5750 for a Twitter outburst aimed at the two Australian journalists. Warner pleaded guilty to breaching the Cricket Australia Code of Behaviour. “In hindsight, clearly I let my frustrations get the better of me and posted some inappropriate tweets last weekend,” Warner said after the hearing. “While I disagreed with the story and my image being used alongside the story, I could have chosen my words better and I apologise for any offence that my language may have caused.”

David Warner has previously assumed the role of “attack dog” for the Aussie cricket team, and he obviously revels in the role. His sniping is not restricted to on-field comments and chirps, he has a reputation for talking off the field, to the media, and anyone else that cares to listen.

His verbal assault on Quinton de Kock, reportedly with all manner of comments about the youngster’s sister, mother, and calling him a “bush pig” – an ongoing onslaught that eventually caused the South African to respond, crudely. Warner’s fury at the response suggested that he did not like taking that which he so loved to dish out. A schoolyard bully who did not like his victim fighting back.

The real issue is that he thought he somehow had the right to attack De Kock physically suggests an attitude that does not belong on a sports’ field. He had to be physically restrained by some of his teammates.

This Australian cricket team has not covered itself with glory during the current tour of South Africa. Prior to the start of the 1st Test down in Durban they requested that the stump microphones and on-field listening devices be turned down or off to prevent their sledging from being broadcast to the world. Although the request was denied, it does provide evidence that they had arrived with a pre-determined plan to attempt the “mental disintegration” of the South Africans. A tactic, a verbal onslaught, defined and refined by the Aussies under Steve Waugh.

They came to South Africa spoiling for a fight.

In the same game Nathan Lyon copped a fine for his ‘ball drop’ send-off of AB de Villiers.

The incidents in Durban prompted a public rebuke from Cricket Australia chief James Sutherland, who admitted the Australian players had not acted within the spirit of the game.

They promptly resorted to complaining about the South African crowd behaviour.

Pat Symcox will tell you about the time he was nearly hit by a flying chicken. A dead one, roasted to perfection, thrown from the stands by an Australian spectator, during a Test match at Sydney in 1997.

He will go on to tell you of a shower of golf balls, bottles and tennis balls (wet with who the hell knew what) that rained down from the stands onto the South Africans.

AB de Villiers is on record for repeatedly bringing up the subject of the importance of adjusting to the parallel universe that awaits visiting teams Down Under.

Touring Australia is no fun.

The local media, the fans, and the team are lined up against you from the moment you set foot in that country. 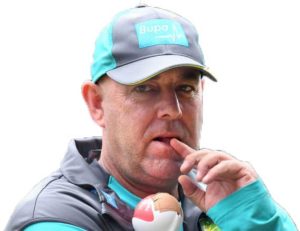 It is thus inevitable that their complaints about the South African crowd behaviour is immediately compared to the behaviour of their own crowds, especially as it is their coach, Darren Lehmann, who has been the loudest in complaining.

It was this self-same Darren Lehmann who made a public call on Aussie fans to get stuck into Stuart Broad so that he “cries and goes home” at the start of the 2013-14 Ashes tour.

During that 2013 Ashes – his first series in charge – Lehmann accused Stuart Broad of “blatant cheating” for refusing to walk when he edged a ball to the keeper during the first Test.

Later that year, when England arrived for their Ashes tour in Australia, Lehmann said: “From my point of view, I just hope the Australian public give it to him right from the word go for the whole summer and I hope he cries and he goes home.”

Australia’s 2014 tour of South Africa was marred by sledging which led Faf du Plessis to liken the visitors to a “pack of dogs”, while last year’s tour of India and the most recent Ashes series were also spiteful affairs.

The Australian cricket team drew the line in the sand, and then tripped over it. Their culture of sledging, whingeing, hypocrisy and arrogance, has come back to bite them, hard.

The world can be forgiven the Schadenfreude currently doing the rounds. The Aussies have been too arrogant, too self-righteous, and far too condescending for their own good.