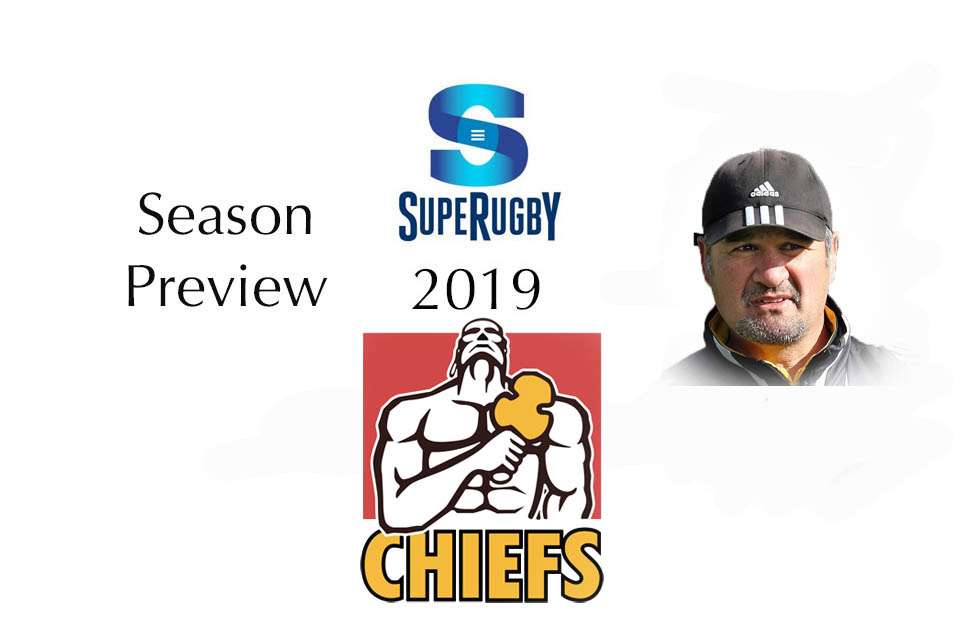 2018 was a difficult year for the Chiefs in some respects – they had lost the services of long-time coach Dave Rennie, they had an injury list from hell, they had to adjust to the departure of senior players, the likes of Aaron Cruden, Stephen Donald, Hika Elliot, Michael Leitch, James Lowe and Tawera Kerr-Barlow.

Despite all the changes and challenges, the Chiefs still managed to finish third on both the New Zealand and overall logs, in terms of points earned. (Of course, the strangeness that is the Super Rugby qualification process meant that they were “officially” fifth on the log, behind both the Lions and the Waratahs, conference winners with 46 and 44 log points compared to the Chiefs on 49.)

During the 2018 season the Chiefs won 11 of their 16 starts, scoring an impressive 60 tries, whilst conceding 48, for a positive points difference of +95.

Colin Cooper stepped in to easily take on the head coach role, with players shuffling their positional preferences to the benefit of the team. Damian McKenzie stepped into the No 10 jersey vacated by Aaron Cruden and provided rugby fans with some of the most exciting moments of the entire season with his unpredictable penchant for attack at every conceivable opportunity. Charlie Ngatai slipped back from his midfield positioning to take over the fullback role with remarkable ease.

2019 looks to be a year where the Chiefs kick on from the foundations laid in 2018. Cooper remains in charge, with his coaching assistants a stable and clever group, while the overall squad is looking solid, although there are a number of players who have left the franchise.

The Chiefs have signed Reuben O’Neill, Jack Debrezceni, Tumua Manu, Etene Nanai-Seturo, Laghlan Whannell and Ataata Moeakiola. Jack Debrezceni started his Rebels career on a high, but seemed to slip into the average category as he was bounced around in various positions and did not have coach Dave Wessels’ confidence. He is a very good player off the front foot, and is likely to blossom in the Chiefs playing style.Incoming players:Jack Debreczeni (Rebels)
Tumua Manu (Blues)
Laghlan McWhannell (Waikato)
Ataata Moeakiola (Tokai)
Reuben O’Neill (Taranaki)

The departure of Charlie Ngatai will hurt the Chiefs. He provided stability and clarity of thinking as the perfect foil to the all-out attacking instincts of Damian McKenzie, and the Chiefs looked  superbly creative when both were on the field together. They will miss his stability and straight running.Brodie Retallick is a critical component in the Chiefs’ engine room, but his fitness and form is equally critical to the All Backs in this World Cup year. We are likely to see less of him than a rugby aficionado would like, as his playing time and physical load will be carefully managed in All Black cause.The same is likely for other current All Blacks, the likes of Damian McKenzie, Nathan Harris, Te Toiroa Tahuriorangi, and Anton Lienert-Brown.

One must also mention Sam Cane while discussing the 2019 Chiefs. Cane broke his neck in the All Blacks 32-30 win over the Springboks in Pretoria last October. He has only recently started to jog for the first time since the injury and will probably not be part of the Crusaders’ 2019 Super Rugby campaign, although he will remain an integral part of the squad as he recovers from his injury and subsequent surgery. “He’s still miles away,” Chiefs assistant coach Tabai Matson said on Friday.

The Chiefs Squad, by position:

The Chiefs will be right up there with the Crusaders, the Hurricanes, and the Highlanders, and are likely quarter and semi-finalists, again.