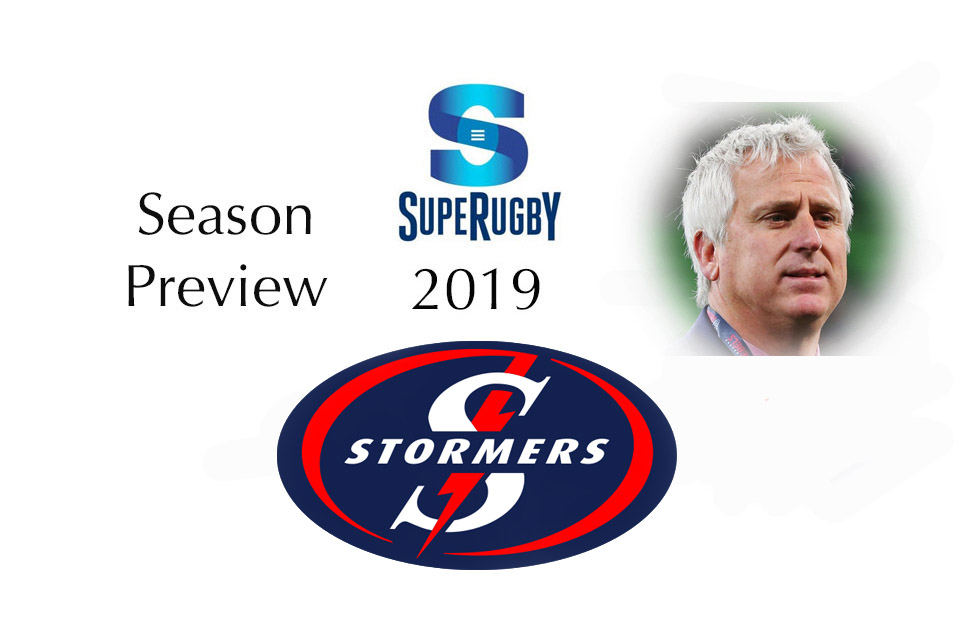 If ever there was a team that is up against a wall it is the Stormers.

This is no fault of the players, the wall they have to face, and attempt to climb in 2019, has been constructed by the most dysfunctional, factional, personal agenda driven bunch of administrators to have ever disgraced the boardroom of a rugby union anywhere in the world. Their ongoing shenanigans, nepotism, and personal vendettas overshadow the game of rugby itself, and have a huge impact on the Stormers and their playing squad.

Prior to their first warm-up game of the season, against the Bulls at the Cape Town Stadium on what was termed Superhero Sunday, coach Robbie Fleck was forced to comment that his players were doing their best to put off-field matters aside and focus solely on the rugby. This after there were reports of a meeting of the players, chaired by Springbok and Stormers captain Siya Kolisi, to discuss their concerns about the infighting within their home union and the suggestion that the Director of Coaching, Gert Smal, was about to be replaced by Paul Treu, already a divisive figure within the team environment.

It is reported that the players threatened to go on strike if Paul Treu was promoted into Smal’s position. There was even talk about the players approaching the team sponsors in an effort to get them to intervene with the new WPRFU executive.

Although quickly denied by WPRFU, the meeting apparently did take place, and the players remain very concerned about Treu’s continued involvement with the team.

Treu was an assistant coach with the Stormers last year, but did not make any friends when he drafted a 26-page report detailing all manner of grievances about his treatment by the coaching squad, the team, and the union. An independent investigation cleared WP Rugby and the players of any wrongdoing, but left relations between the players and Treu soured. Sadly, the matter does not want to go away.

Zacks and Marais both have an office at Newlands, but barely speak to each other.

After Treu’s complaints about his treatment, and the subsequent independent investigation and report, the WP Board decided that it would be best to put in place an exit strategy for Paul Treu.

WPRFU president Zelt Marais still wants Treu to replace Gert Smal as director of rugby when the latter’s contract expires in October, despite the players’ objections.

He has also voiced his desire to bring ex-Springbok coach Peter de Villers back into the union’s coaching environment. De Villiers is a divisive figure in his own right, with many a publicly expressed grudge against the South African Rugby Union, the national team, various coaches, and a host of other people involved in the game. He remains a personal friend of Zelt Marais.

To add fuel to the fire, a group of former players, under the leadership of Corné Krige, has been commissioned to look into the union’s infighting and the ongoing reports of animosity between the players and the Marais faction of high-ranked administrators.

According to Rapport, Krige and several other concerned ex-Stormers and Western Province players have been tasked to gather factual information from all parties involved before making public any findings or giving a verdict on the saga.

All these shenanigans are happening against the background of a once-wealthy union that is teetering on the abyss of bankruptcy after a period of mismanagement and strange decisions taken by the previous president of the union, Thelo Wakefield, a man who was known for flying first-class and staying in the best hotels while following the Stormers whenever they went off to play in Australia, New Zealand, the Argentine and Japan.

Some of the business decisions taken by Mr Wakefield are being challenged in the courts and could result in the complete bankruptcy of the union. The saga of mismanagement under Mr Wakefield remains a story for another day.

Sadly, one of the primary legacies of Mr Wakefield’s reign has been the steady decline and deterioration of the union’s crown jewel, the Newlands Rugby Stadium. The creaking, crumbling old stadium has suffered from serious neglect during the last number of years, and contributed to the Stormers, traditionally the best supported of all Super Rugby teams, drawing an average of just 18,000 spectators per game in 2018. The entire experience of visiting the historic old ground has become something of a nightmare for the average fan. Access to the stadium has become difficult, and the basic amenities inside the ground are crumbling.

Not that the fans have abandoned rugby, somewhere around 46,000 arrived to watch the Superhero Sunday warmup games at the Cape Town Stadium, but those same fans appear to be avoiding Newlands.

Sadly, as the Super Rugby season looms, the Stormers and WP Rugby are making headlines for all the wrong reasons, again.

With the administrative infighting, personal agendas and vendettas, and poor financial decision making that has become the norm in Cape Town, it will be very difficult for the players to focus purely on rugby.

It wouldn’t surprise to see some of the big-name players furthering their careers elsewhere if matters are not urgently resolved. Even if the financial issues are put to rest, many players may still seek other pastures if the unpopular Paul Treu comes to power.

With all this going on around them, the Stormers are on a hiding to nothing in 2019.

We only know that Robbie Fleck is still the Head Coach. The rest of the coaching squad remains something of a mystery.

The Stormers have lost a number of their stalwarts, including a host of quality prop forwards such as  JC Janse van Rensburg, Caylib Oosthuizen, and Carlu Sadie, as well as hooker Ramone Samuels. Others who have left include sometime captain Nizaam Carr, veteran scrumhalf  Dewaldt Duvenage, and the likes of  Jan de Klerk, Stephan de Wit, George Whitehead and Raymond Rhule.

Ruhan Nel is perhaps the biggest of the new signings as he will be pushing for Springbok selection and the Rugby World Cup squad.

If all things were equal, in a happy union with supportive administrators and a working infrastructure, the Stormers might well be one of the better sides in the Super Rugby firmament.

This is a hugely talented squad of players.

The issue is really whether they can remain focussed amidst all the distractions, whether they remain fit and healthy, and whether their coaching staff can fix some of the problems of the recent past, more especially a porous defence.

They may also find themselves having to play without some of their Springboks from time to time as the ‘Bok candidates are rested and nurtured in preparation for the end of the year and the World Cup.

The Stormers Squad, by position:

One of the most difficult predictions of them all. If the dysfunctional administrators get inside the heads of the players, the Stormers are likely to finish last in the South African conference.

If the players can ignore the administrators, the Stormers could be in the playoffs.

Most likely: The Stormers and the Bulls battling it out for last place.