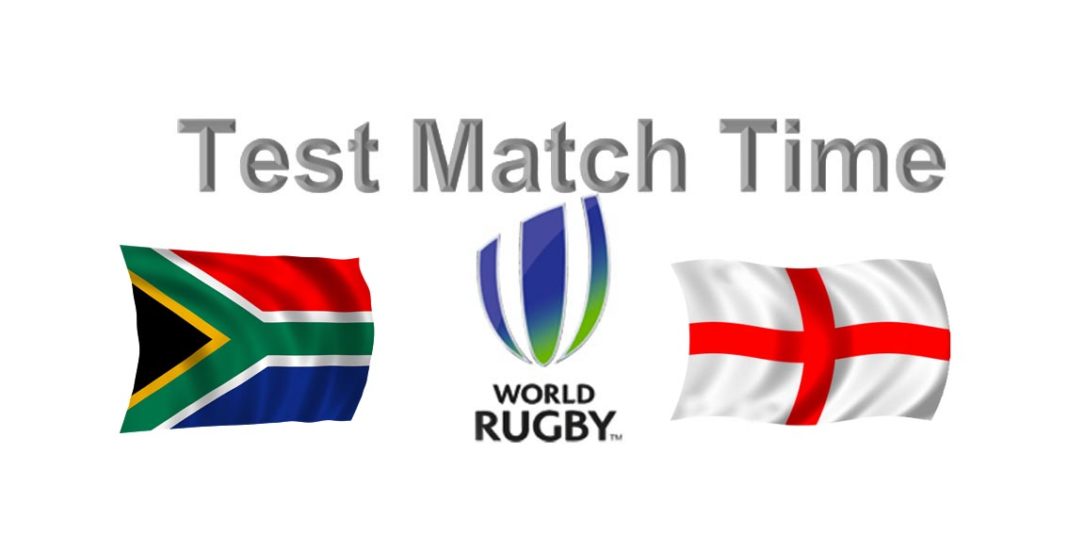 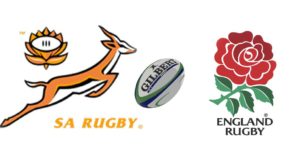 This is probably going to be the most interesting game of the weekend.

A couple of milestones will be achieved as the teams take to the field in Bloemfontein. Brad Shields earns his first full cap as a newly emerged real Englishman.

The Beast, Tendai Mtawarira will make his 100th Test appearance for South Africa. He becomes only the sixth Springbok to reach this special milestone.

Mtawarira made his Springbok debut exactly 10 years ago against Wales, on 14 June 2008 in Pretoria at the age of 22. Nicknamed the Beast, Matawarira has also earned 146 Super Rugby caps for the Sharks. He has two Test tries to his name.

There is an element of the Last Chance Saloon hovering over this Test match. Eddie Jones has felt the pressure on him ramp up even more after last week’s loss to the Springboks. When he closes his eyes, he must be imagining someone writing on a wall somewhere. Words to the effect of “Bye Bye Eddie…….” The English media are on his case, and there is a certain amount of Schadenfreude visible in the Australian, New Zealand, and South African media. Eddie is an astute coach and rugby brain, but he not the most likeable chap and he has ruffled a lot of feathers over the years with his pointed teasing of the likes of Michael Cheika, Steve Hansen, the Wallabies, the All Blacks, the Irish, the Welsh, the Scots, and the South Africans. Most recently he has been facing off against the English Premiership clubs with an almost arrogant disregard for their concerns.

If Eddie loses this one, he might just find himself even deeper in the dwang than he is at the moment.

South Africa, after the euphoria of the Ellis Park victory, will have taken time to reflect on their successes and failures in that match. They will take confidence from the win, they will take confidence from their own resilience and the way they came back from way behind to win the game. But they will surely know that those first 20 minutes were an abject failure of their entire defensive structure and their collective focus and discipline. They will also know that they allowed England to get back within striking distance in the last ten minutes when the foot came off the gas and concentration started to slip.

They had a lot of work to do to fix some of those deficiencies.

England have an equally difficult week behind them. They had an awful lot to think about after their fade-out at Ellis Park.

There seemed to be a certain incredulity to Eddie Jones and his team’s response to the Springbok victory. England had expected…… but it had not worked out quite the way they had expected.

There are several aspects of the England game that needed an overhaul. Whether they have made the necessary changes, adjustments, and selections to repair the broken bits remains to be seen.

Whichever way this goes, the game promise to be of epic proportions. England need the win for their tour to remain relevant and for Eddie Jones’ credibility, perhaps even his survival.

South Africa need the win as a very important element in the rebuilding of the Springbok challenge and image in the world of rugby. South African pride and purpose is at stake.

Centurion Tendai Mtawarira will anchor the Springbok scrum in his milestone game alongside hooker Bongi Mbonambi and Frans Malherbe, who makes a return to the front-row after a lengthy absence due to injury.

Malherbe’s inclusion is one of only two changes in the starting team that beat England 42-39 last weekend in Johannesburg. He replaces his Stormers team-mate Wilco Louw, who is given a complete rest. The other change sees Pieter-Steph du Toit returning to the starting XV in the seven jersey, with Jean-Luc du Preez moving to the bench.

England have named Brad Shields on the blindside flank for their second Test against South Africa as one of two changes to the starting XV that played last week. Shields makes his first start for England, in the 6 jersey, while Joe Launchbury comes in for Nick Isiekwe, having recovered from his calf injury.

Danny Cipriani’s long rehabilitation from self-inflicted disciplinary wounds and waywardness is completed as he is named as a replacement ahead of Piers Francis on the bench. Cipriani’s last cap for England came against France ahead of the Rugby World Cup in 2015.

A week ago England started the Ellis Park Test playing some really up-tempo rugby, at high pace and with superb accuracy as they ripped into the star-struck rookies in the South African team. England played some outstanding rugby in those first 20 minutes. It looked as if Rassie Erasmus’s tenure as Springbok coach was going to start with a disaster in the first real Test of his new team.

And then the value of experience, fortitude, leadership, and sheer mongrel kicked in, the seniors in the squad stood up and took control, calming the nerves of the rookies, providing the steely determination and focus the team needed, and the Springboks produced one of the epic comebacks in sporting history. Duane Vermeulen, Willie le Roux, Handré Pollard, Faf de Klerk, Siya Kolisi, the Beast, Franco Mostert, and RG Snyman provided the steel and the power and took the game straight back to England. The southern hemisphere outfit ended up claiming a 42-39 triumph, which could have been larger if Handré Pollard had brought his kicking boots to the game.

They will know that their inability to get out of their half of the field in the last 40 minutes hurt them beyond description.

Perhaps they will also know that their ultra-fast start in the thin air of Johannesburg was a mistake and that they would be sucking hard for air later in the game. They might have learned from the likes of Brad Shields that you simply have to pace yourself when playing at altitude. He has some experience at doing just that with his Hurricanes outfit when they visit South Africa.

This was not Scotland playing England, but the words of Flower of Scotland certainly rang true for England after the first Test.

That stood against him (against who?),
Proud Edward’s Army,
And sent him homeward,
To think again.

Have no doubt that England will have done some thinking.

There is evidence of their thinking in the changes that have been made to their team. Nick Isiekwe and Chris Robshaw have been dropped from the squad completely, as Joe Launchbury returns after recovering from injury and Brad Shields starts his first match for the country. They will have taken note of the inclusion of Pieter-Steph du Toit in the Springbok starting XV too, and the threat that he brings in the lineouts, so the fitness of Launchbury was critical to the England cause. They simply have to achieve parity in the lineouts and scrums. They will want Brad Shields to slow down South Africa’s ball at the breakdowns and attempt to negate the power of Duane Vermeulen over the ball.

Mark Wilson and Danny Cipriani are also named in the match-day 23 as Jones attempts to rectify some of the issues identified in the analysis of their performance last weekend.

One wonders whether they will change their strategies too. Will they again attempt a fast start? Will they continue in their efforts to intimidate Faf de Klerk? Will they revert to a kicking game, which is Jones’ preferred style? Are they going to flood the breakdown in an attempt to slow South African ball?

Rassie Erasmus is an equally astute thinker and rugby brain. He will also have spent time analysing the Springbok game and their strengths and weaknesses. He will also know that England will be working to fix things. What will he do to outwit Eddie Jones and his brains trust?

He has made changes, bringing in Frans Malherbe to replace the fatigued Wilco Louw, while Pieter-Steph du Toit comes in for Jean-Luc du Preez at flanker. Malherbe’s reputation as one of the strongest tightheads in the game has been hidden in the shadow of a couple of serious injury problems, but if he is on song, he is extremely difficult to handle in the scrums.

Last week Du Preez just seemed to be off his game, and the swap with Du Toit is not unexpected. Du Preez has been the form flanker in South African Super Rugby and we can be sure that he will look to make a massive impact off the bench.

The Springboks will look to re-establish dominance up front, and then to repeat their performance in the loose. They will want to knock the English back in the collisions and feed quick ball to Faf de Klerk. Basically, they want a repeat of last week’s effort. They will want improved accuracy with the ball in hand and quicker penetration of the England defences.

It is going to be a fascinating game.

I have no doubt that England will be better this weekend. They will have learned some lessons, and will perhaps be better acclimatised to the altitude in Bloemfontein. (They may still have a bit of an issue with the weather and humidity again, Durban has been warm and fairly humid this week, Bloemfontein has been the exact opposite!) They have made their changes, and will be looking for a far more disciplined game than last week.

However, the Springboks will come into this game a far more confident team. The butterflies and stage-fright of last week have been overcome, and they will be a happy and focussed squad. Confidence is a wonderful thing if it is used positively!

The Springboks will have spent time working on their defensive alignments, and will have focussed on closing the holes that appeared last week. They will also be looking at maintaining their up-tempo game with even more accuracy and penetration.

I am thinking that England will be less rattled by the Springbok game this week, but will struggle to stay with the ‘Boks for the whole 80 minutes. The pace of the game will again be too much for the English. South Africa by 12.