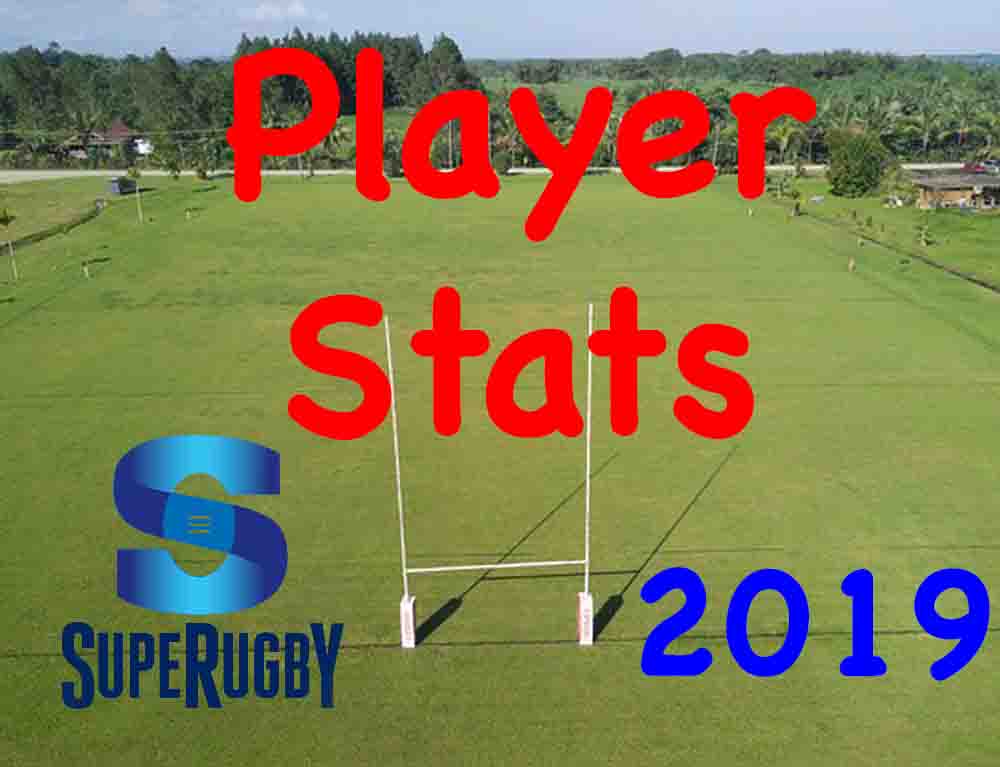 There are many who ridicule the use of statistical data in the world of rugby, suggesting that the numbers do not reflect accurately what happens or happened on the rugby field. In part, perhaps they are correct – you cannot take the statistical data from just one game and suggest that it is a guide for the future.

However, accumulated statistics gathered over a number of games do identify trends, strengths, weaknesses, and potential focus points for coaches and players, while providing fans with ample material for their around-the-fire discussions and debate.

Stats are used to build a picture of what has happened and thus what might happen out on the rugby field.

Let me use a simple example:

Let’s analyse what these numbers tell us about the four flyhalves.

First and foremost, let’s look at their attacking stats.

Richie Mo’unga is head and shoulders ahead of the other three when it comes to carrying the ball. He has made 74 carries for a total of 643 meters. He carries the ball an average of 8,7 meters per carry. He has made 6 line breaks and 24 tackle busts.

Handré Pollard and Beauden Barret are pretty similar, both have carried the ball 51 times, although Barrett has carried it for 494 meters while Pollard has carried it 307. (Some of Barrett’s carries have been in the wider channels where he often plays a support runner role.)Pollard averages 6m per carry, while Barrett carries for an average of 9,6 meters.

Pollard has bust through tackles 19 times, and Barrett 15.

Robert Du Preez lags in almost all these statistical categories. He has carried the ball just 21 times for 130 meters. He has burst through tackles just 3 times, made 2 line breaks and carries for 6,1 meters on average.

What does this tell us?

If you are working out your defensive plan for the Crusaders, you need to focus more attention on Mo’unga than you would on either Barrett or Pollard. He is more likely to have a go with the ball in hand.

One or more of your first line defenders has to focus directly on Mo’unga. (The same can be said of Pollard and Barrett, although you can perhaps shift some of your resources out one channel.)

Robert du Preez, on the other hand, poses the least danger with the ball in hand. He is unlikely to have a go at cutting or bursting the line and is far more likely to either distribute or kick the ball. You can consider leaving him to your second line or cover defence, and shift your primary defenders on to the next channel.

Pollard is more likely to attack the line and look to offload in the tackle. He has made 14 offloads this season. Mo’unga is next, with 11 offloads, while Barrett is back on 6. Once again Robert du Preez lags behind the other 3, with just 2 offloads.

Once again we can use this data in our defence planning – With each of Pollard and Mo’unga our defenders have to be awake to the possibility of a close in support runner on either side of the flyhalf when they take the ball up to the line. They are both likely to try and offload to support. Barrett requires slightly less focus, while Du Preez is unlikely to be looking for a close-in support runner.

We can take the analysis a step further – the flyhalf figures are an indication of how their team is likely to play the game. If we go to the various half-back partners these flyhalves play with, and establish how many passes they actually make to the flyhalf,  we can build a picture of their game plan and strategies. The Sharks are more likely to play a forward off the nine, rather than pass the ball to Robert du Preez at flyhalf.

Both on defence and tactically, Beauden Barrett is more likely to kick the ball than the other 3. He averages just short of 32 meters per kick, which tells us at what depth our fullbacks and wings should be covering his kicks. Pollard is right up there too, with 86 kicks for 31 meters.

Richie Mo’unga is the least likely to kick the ball, he has hoofed it just 49 times, for an average of 32 meters.

Robert du Preez is between the two extremes, with 58 kicks for 31 meters.

How is this useful?

First and foremost it informs the positional play of the back three – they know where to position themselves for potential kick receipts. (If I may use another flyhalf as an illustration: Curwin Bosch kicks the ball an average of 33 meters per kick, which also tells us that he can kick the ball much further, if 33 is the average of long and short kicks. If you are just two meters too close to him, the ball will likely sail over your head at least half the time, forcing you to turn on the defence, which is not a happy space to be in!)

Statistics are very useful in providing a picture of what you might expect out on the field.

They provide a means for detecting the strengths and weaknesses in pre-game opposition analysis, knowledge that then can be used in the preparation of a game plan.

Of course, none of what happens on a rugby field is cast in concrete, but forewarned is forearmed!

Within those major categories, we find some useful sub-categories. Attack, Defence, Set-Pieces, Disciplines, Broken Play, and the like.

Super Rugby Stats After Round 14

What have we learned in the first 14 rounds of Super Rugby?

Samu Kerevi is having the season of his life. He has carried the ball 165 times, for 1322 meters, with 10 linebreaks, 14 tackle breaks, and has offloaded the ball 19 times after making the first incision into the opposition defence.

Next best for the Number of Carries is Akira Ioane, followed by Anton Leinert-Brown and Dan du Preez.

Have a look at the pics, they will tell a story.

Michael Hooper has made the most tackles in 2019, with 168 to his credit, he is followed by Liam Wright and James Blackwell.

In the Dominant Tackle category, we have Luke Whitelock making 19, followed by James Lentjes and Damian de Allende (the only backline player in the top 8.)

Turnovers in the tackle are again lead by Michael Hooper, with Beauden Barrett and Gerhard van den Heever next in line.

At the other end of the scale – shall we call them the Turnstiles – we find Elton Jantjies with the most missed tackles, 41 of them, way ahead of TJ Faiane on 25 and Bernard Foley on 19.

Taniela Tupou is the most penalised player in the competition, with 17 penalties and 4 free kicks. He has been penalised 9 times in the scrum.

Mat Todd has been caught offside 5 times, with a host of others on 4. In the rucks it is Du’Plessis Kifiri at the top of the naughty list, with 4.

There have been 7 Red cards, and a whole bunch of yellows, just 5 players have received more than 1 yellow.

Handré Pollard is way out in front for points scored, with 161, coming from 36 penalty goals, as well as conversions and tries. Bernard Foley is second on 115. Bryce Hegarty sits in third with 107 points.

Folau Fainga’a has scored 10 tries, ahead of Ngani Laumape and Sevu Reece who are both on 9.

Pollard has kicked the most penalties, 36, with Foley next on 18, tied with Hayden Parker also on 18.

Quade Cooper has kicked 33 conversion, followed by Richie Mo’unga and Elton Jantjies on 29.

Richie Mo’unga has missed the most conversion, 14 of them, with Cooper next on 12, tied with Christian Lealiifano. Elton Jantjies features here as well, with 11 misses.

Other categories worth a look:

In our next article we will look at Team Statistics