Home Snippets Tana Umaga Stays On At The Blues

Tana Umaga Stays On At The Blues

The Blues and New Zealand Rugby (NZR) announced on Tuesday that Tana Umaga will have his role as head coach extended by a further 12 months to the end of the 2019 Super Rugby season.

The coaching appointments re-unite Umaga and MacDonald who coached the New Zealand U20 team to win the World Rugby Championship in 2015.

Blues CEO Michael Redman said while the Board is not satisfied with current performances, it does not believe the answer is to change head coach at this time.

“At the same time, the expected shifts in on-field performance are yet to be achieved and we are examining every aspect of team selection, preparation and support as our fans would expect.

“The players support Tana’s plan and we feel we are close to unlocking the true potential of this group. In that respect we are absolutely thrilled to have attracted a coach of Leon’s stature to join the club to help achieve this.

“He has a proven record as a player and as a coach at a high level and we believe his different experiences will help significantly in improved performances from next season.” 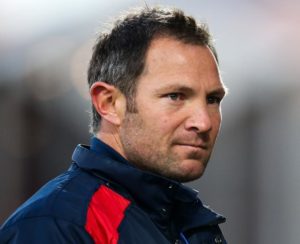 Umaga’s new assistant, Leon MacDonald played 56 Tests for the All Blacks and is a centurion for the Crusaders, before he moved into coaching Tasman. He had one-year coaching for the Crusaders in Super Rugby before returning for a two-year appointment as head coach of the Makos.