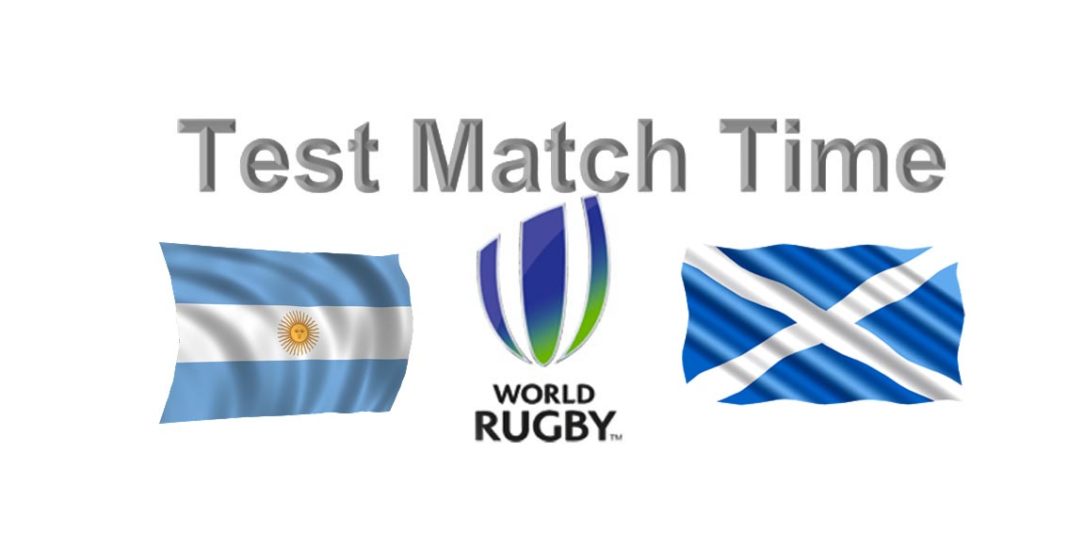 Whilst Australia and Ireland battle out a tense series decider in OZ and the All Blacks field a rookie squad against an angry France, and England are desperate to salvage some pride in South Africa, the Argentine and Scotland prepare to square off in a one off Test of no real significance to anyone..

The Scots went off on their June tour telling everyone that it was about preparing for the future and that results do not really matter all that much.

They are exposing younger players to “Test level” experience. This is a squad-building tour. If that is their sole aim, I guess they can call it a success.

The Argentine, in contrast, have no published goals from this mid-year Test season. They are not “building a team” – their players have been part of the same team, either as Jaguares or as Pumas, for the last three years. They are not developing team or squad tactics, in fact they have looked as if they are working at abandoning all the tactics and plays they have developed and rehearsed in the past. All they have managed to do so far is cause their coach, Daniel Hourcade to quit the game altogether.

Which all suggests that the Test between the visitors, Scotland, and the hosts, Argentina, is of little or no consequence.

And probably not worth watching.

Outgoing Argentina coach Daniel Hourcade has made six changes to his starting XV for this, his final game in charge, on Saturday.

Bautista Ezcurra gets the nod at centre in place of Jeronimo de le Fuente while Sebastian Cancelliere replaces Ramiro Moyano on the wing.

Scotland tour captain Stuart McInally has recovered from injury to play in the team’s third and final June Test match, against Argentina.

The Edinburgh hooker has been given the all-clear to start in Resistencia having been ruled out of the first and second Tests against Canada and USA by a calf strain sustained on the eve of the tour.

McInally is one of eight changes to the starting side named by head coach Gregor Townsend, six of which accompany him in the pack where Tim Swinson is the only forward to be retained from last weekend’s loss to USA – albeit as a second-row this time round.

Edinburgh props Allan Dell and Simon Berghan return to join McInally in the front-row, with lock and vice-captain Grant Gilchrist coming in to partner Swinson.

It will be the third time that Brown – typically a hooker – will operate on the openside for his country, having twice featured off the bench in the role for Scotland against USA, last weekend and in Rugby World Cup 2015.

The only change to the backs sees Edinburgh wing Dougie Fife – try-scorer against USA last weekend – promoted from the bench to earn his first start since 2015, alongside returning outside backs Stuart Hogg (vice-captain) and Blair Kinghorn.

“The Pumas cannot be as bad this week as they were last week.”

That is what I said last week in my preview of the second Test between the Pumas and Wales.

The Pumas outdid themselves and proved me horribly wrong. They found a way to be even worse than before.

It was kinda like they hit rock bottom, and then started to dig.

Scotland, reportedly, also had something of a horror show in the USA. I did not see the game and could not find a television replay to watch, so I have to rely on media articles for guidance. I am told despite Gregor Townsend intending this tour as a tool for establishing depth in his squad, and thus fielding a weakened team against the US, he must be very concerned about how they went down to the Eagles in the manner they did.

I cannot comment. We simply get all the usual soundbites: “We’ve learned a lot on this tour about this group of players.”  And “Now we have to use that learning to put in a very good performance to beat Argentina on their home patch.”

The only comment I can make that is of any value to anyone wondering whether they should watch this game is that Argentina’s form is so far below the standards that one would expect from them that they cannot really get any worse, again.

Scotland may be building for the future, but I am not sure I understand what the Pumas are doing.

Not even sheer morbid curiosity is going to keep me glued to the television on Saturday night.

As a service to all my friends, I will record the game, fast forward through it on Sunday sometime, and tell you whether you should bother with watching your own recording.

For what it is worth, I am going with Scotland, only because I have a modicum of Scottish blood in my veins due to some of my forefathers having made the trip out to Africa a couple of hundred years ago. Scotland, by 6.