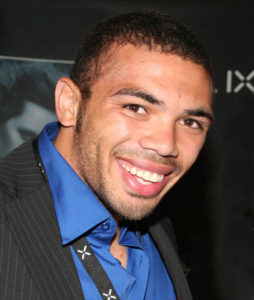 “The inevitable moment has come knocking on my door and I’ve welcomed it in for a drink,”

“It’s been more than a year of hoping, trying, pushing and willing to get back on the field for one last time, to taste the sweet victory or encounter that gut-wrenching despair.

“But it’s unfortunately just not to be. I, like most, would have liked my career to have ended differently, but sometimes things don’t turn out quite the way we hope for.”

It was with those words that Bryan Habana let the world know that his time as a professional rugby player was done.

A legend of the game has reached the end of the road at the age of 34, 14 years after he made his debut for his country.

What a journey it has been! 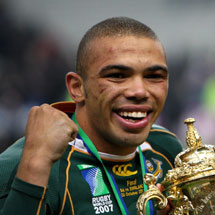 Bryan Habana retires from the game with his name forever written in the record books, he is South Africa’s all-time leading try scorer with 67 tries from his 124 Tests for his country.

His has been an illustrious career, achieving World Cup glory with the Springboks in 2007, twice winning Super Rugby with the Bulls as well as being crowned back-to-back European champions with Toulon.

Bryan Habana made his Test debut against England at Twickenham in November 2004, when he scored the first of his 67 Test tries.

Bryan became the first South African to reach 50 Test tries when he scored twice against Samoa in June 2013.

He earned 118 Super Rugby caps, scoring 56 tries in the colours of the Bulls and Stormers. That remains the record number of Super tries scored by any South African.

He also played four tournaments for the Springbok Sevens team in 2004 and again in 2016.

He became the fourth Springbok to reach 100 Test caps, against Australia in Perth in 2014,following in the footsteps of Percy Montgomery, John Smit and Victor Matfield.

Bryan Habana holds the record for the most tries, 21 in total, in the Tri-Nations/Rugby Championship.

Habana equalled Jonah Lomu’s record of 15 tries in all World Cup games in 2015. In 2007 he matched Lomu’s other record, scoring eight tries during the 2007 World Cup.

One could go on and on – His record at provincial level, his record for Toulon, the Barbarians….

Suffice to say, we have been truly privileged to witness the career of Bryan Habana, a true Rugby legend.

Thank you, Bryan Habana, you gave pleasure to millions!