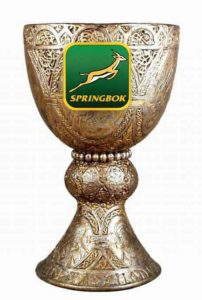 Back in April 2016, in two articles, which you will find in the Archive for 2016, titled “Thoughts 4, Everything’s Broken”, and “Thought 10: The Springbok Coaching Squad”, I had quite a lot to say about the delay in the appointment of Heyneke Meyer’s successor as Springbok coach.

In the first article, I said:

“Is there any other country in the world where the national team faces an incoming tour by one of the top rugby sides from the northern hemisphere, and the team still does not have a national coach?? The hunt for a new Bok coach has been a process shrouded in mystery and all manner of official obfuscation, to say the least.

We were told the new coach would be announced in December 2015. That date was then postponed to early in 2016. It is now April 2016 and just a few short weeks away from an incoming tour by the Irish and then the Rugby Championships loom – and still no Bok coach. What is going on at the top of our game?”

And in the second article, written after Allister Coetzee’s appointment was made public, I wrote:

“I have just one or two small questions: Did Allister Coetzee pick his own management team, or was the team imposed on him by SARU? Was there some political involvement in the appointment of Stick? Why has SARU waited until April to announce an appointment that the world had identified back in November last year?”

I ended that second article with the following:

“As I see it at the moment, Allister Coetzee is a very very brave man. He should be given maximum support and every resource he could ask for, but that will not happen. Not in South Africa! The poor fellow is on a hiding to nothing!”

Allister Coetzee has proved to be incapable of producing the winning team all of South Africa demands of him.

This is not a sin in itself, he has been hamstrung by all manner of interference. He has had to deal with the non-availability of senior players for a wide variety of reasons, including SARU inexplicably granting a senior player “leave to settle in at his new club,” a host of players out with injuries, and some who are not available due to club commitments across the globe.

In 2016 he had a serious problem with leadership in his team, there was not one single player who could do the job. The established and experienced captain of the squad, Adrian Strauss, simply sank without trace and there was no-one who could step in and take over the leadership role. His new captain in 2017, Warren Whitely, started well, got injured and was out of the game for most of the year, and the stand-in, Eben Etzebeth, brave and committed though he was, had no idea how to rally the troops when things went wrong on the field.

These things cannot all be laid at the doorstep of Allister Coetzee.

However, in his two years in charge, he has also revealed a number of faults all of his own. His inability, or refusal, to select the best players available is a very serious weakness; his insistence in playing some of his favourites out of position is another issue; his persistence with players who are so obviously not of international standard is yet another problem.

Serious defensive problems, with strange defensive strategies and a team wholly incapable of dealing with the high-ball are issues for which the coach must be held accountable.

And then there is the complete lack of any game plan that utilizes Springbok strengths and abilities, while reverting to the old-fashioned, and somewhat discredited, Jake-ball style of rugby whenever the chips are down. His team has seemed to be clueless when the going gets rough. This is perhaps the single biggest problem with Allister Coetzee as a coach.

At the end of the 2017 tour to the North, it was evident to all that Allister Coetzee had failed as a Springbok coach. If the Springboks want to be contenders in the 2019 World Cup, a change in the coaching department is paramount.

Two years on, and nothing has changed.

And once again, whomsoever will be coaching the Springboks is left in limbo, not knowing who, when, where, or what. If there is a new coach in the offing, will he be given the time and opportunity to prepare his team, or will he again be handed the reins a scant month before the mid-year internationals, as was done to Allister is 2016?

Is the new coach, if there is one, being set up to fail, again?

Even if Allister is to stay, he needs to know so that he can get on with his preparations and plans for the year ahead.

I am also wondering if there is any brave coach out there who wants to sip from that Poison Chalice that is the job of Springbok Coach?