Home Snippets Naughty Boy Karmichael Gets a Slap on the Wrist!

Naughty Boy Karmichael gets slapped on the wrist! 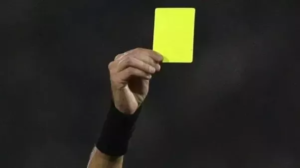 Wallabies and Reds utility back and perennial naughty boy, Karmichael Hunt has been fined AUS$10,000 and received a four-match suspension following his arrest in Brisbane in December.

Hunt was the subject of criminal proceedings in the Brisbane Magistrates Court, where he pleaded guilty on separate charges of possessing a dangerous drug (Alprazolam) and contravening a Police direction. He was fined AUS$300 by the court for each offence.

In the criminal trial Hunt was able to avoid a charge for possession and/or dealing in cocaine as there was not enough evidence to prove that a bag of the popular nose candy found on the ground near him when he was arrested actually belonged to him. Video evidence showed him throwing something away, but the pictures were not clear enough to identify what he had thrown away, and the circumstantial evidence of the baggie of cocaine was not deemed admissible in court.

Rugby Australia were bound by the Professional Player’s Code of Conduct to await the conclusion of criminal proceedings before progressing with their own disciplinary action.

Rugby Australia determined that Hunt had committed a low-level breach of the Code of Conduct. However, they also considered Hunt’s previous disciplinary record for a similar offence, and the consequential significant reputational damage that his recent arrest and court proceedings has caused to Rugby in determining their sanction.

“Hunt has been issued a fine of AUS$10,000, along with a four-match suspension,” read the statement.

“In addition, he will be placed on an illicit drug target testing program for a period of twelve (12) months and will participate in any drug treatment and education programs deemed necessary by Rugby Australia.

“Given Hunt has served a voluntary stand-down since his arrest and through to the current round of Super Rugby, it was deemed that his four-match suspension has been served. The $10,000 fine will be paid to the Australian Rugby Foundation to support community Rugby initiatives.”

$10,000 and four-match ban are not considered a specially heavy penalty, especially as the playing “ban” is restricted to “time already served.”

Consider that Kurtley Beale was fined over $40,000 for his altercation with a female member of the Wallaby coaching staff a couple of years back.